Oh, the diaper pail. Before having kids, I bet you didn’t even know what a diaper pail was, let alone that you needed one for your nursery! True, you can use a regular trash can, or simply fill up plastic bags and schlep them out to the curb daily, but diaper pails exist to make your life more convenient and less smelly. Designed well, a good diaper pail will seal up the odor from nasty dirty diapers and will allow you plenty of time between needing to empty and refill. Plus, some have foot pedals to make them hands-free, and some even have latches to keep nosy older kids out! You definitely want to dive in to our research and see if there’s a diaper pail on our list that can make your life with a newborn a little easier.

Never fear—we’ve also researched a ton of the things you need to get your nursery fully stocked. From our top 10 best nursery gliders & rocking chairs to our top 10 best crib mattresses for babies, we’ve got your (and baby’s) comfort covered. And make sure your baby has a cozy spot with lots of storage to get her diaper changed—check out our top 10 best changing tables with drawers.

See our list of the top 10 best diaper pails for your nursery below. From metal to plastic, large to small, and budget to high end picks, there’s definitely a diaper pail on this list that is just right for your nursery. We’ve listed them in order below starting with our favorite and most highly rated diaper pail.

The Diaper One N Done is a compact and versatile diaper pail—the most highly rated across the board by parents. It comes in several cute designs and is fairly inexpensive. The frame can hang from your changing table or stand alone on a tabletop or next to the changing table. Individual diapers are sealed in bags, preventing mess and odor.

This diaper pail is on the smaller side, and each bag only holds one to a few diapers, so you will have to purchase a lot of bags (it comes with 100). Some consumers have noted that the quality of this diaper pail is lower than expected.

Buy the The Diaper One N Done here. 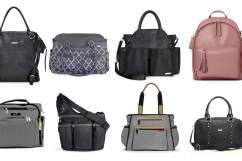 The Ubbi Steel Diaper Pail is the most popular steel diaper pail on the market. It is made from powder coated steel and contains rubber seals to lock odors in. It has been updated with a covered rim to keep trash bags from ripping. You can just purchase regular trash bags for use with this diaper pail—no need for special, expensive bags. This diaper pail has a childproof safety lock to keep out nosy big kids.

This diaper pail is on the more expensive side, due to the quality construction and materials. It does not have a hands-free step option. Some consumers have complained of rusting on the inside over time, especially with the use of cloth diapers. 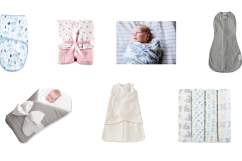 The Munchkin Step Diaper Pail is another popular option for dirty diaper storage. It has a built-in self-sealing system that seals the trash bag shut as the lid closes. It contains odor well, using Arm & Hammer technology, and it holds a lot of diapers at once—three to four days’ worth, according to some consumers. This product also includes a hands-free step to make putting the diapers in more hygienic.

Although it has a hands-free step to open the diaper pail, the lid must be closed manually, which kind of defeats the purpose of keeping the can germ free. Some consumers have noted that if the diaper is sticking out at all, the lid will not close properly. To get the diapers into the pail, you do have to smush down a bit. This diaper pail requires refills that are compatible with the system. You can pick them a refill pack of the Munchkin Seal & Toss Refill Bags here. 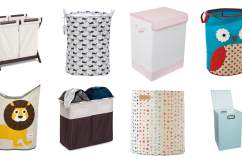 The Dekor Plus Hands-Free Diaper Pail is a truly hands-free pail—no need to touch it when closing or opening, just use the foot pedal. This diaper pail boasts effective triple odor control to keep the odor sealed in. It uses compatible refill bags only, but they are efficient and hold up to 60 newborn size diapers at a time. The Plus size is great for use with cloth diapers, too, due to the larger capacity. It has a sleek design that comes in seven attractive colors.

Consumers note that this diaper pail isn’t super sturdy—you can especially notice this when it’s extremely full. Some consumers have also noted that after a day or two of holding dirty diapers, the smell can tend to leach through. 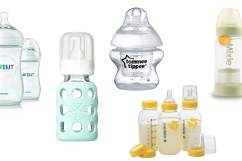 The Munchkin Diaper PAIL Powered by Arm & Hammer is another diaper pail from Munchkin that gets good reviews from real parents. It is a newer version as compared to the one reviewed above, and it has a few advantages. Like the original, it includes a sealing system to lock in odor. This one keeps the bags sealed up even when the lid is open for ultimate odor control. This version eliminates a clicking noise that some consumers have reported on other Munchkin diaper pails. It also provides a larger opening, making it easier to throw away diapers without making a mess.

This diaper pail is more expensive at almost $90. You also need to purchase refill diaper pail liners, as well as refills of the Arm & Hammer Nursery Fresheners. This product does not have a foot pedal to offer hands-free diaper trashing. 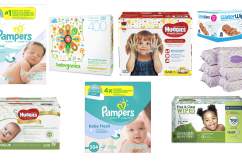 The Safety 1st Easy Saver Diaper Pail is a super affordable plastic diaper pail that uses regular trash bags and refills with ease—no need to cut and re-tie each time you change out the bag, and no need to purchase proprietary refills. This diaper pail also includes a deodorizer disc to keep yucky scents at bay. The lid is easy to use and should only require one hand.

Some consumers have noted that with heavy use the spring mechanism on the lid can break. There are also some complaints that the deodorizer compartment tends to come open, allowing the disc to fall into the trash can. There is no foot pedal to allow for hands-free operation. 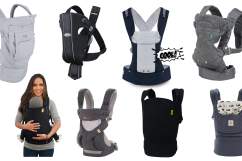 The Playtex Diaper Genie Expressions Customizable Diaper Pail with Starter Refill is another inexpensive option for a diaper pail. This diaper pail is special because you can purchase the Playtex Expressions Diaper Pail Fabric Sleeves in five different pattern/color combos. These fabric sleeves allow you to choose either a plain white pail or a stylish, customizable design to match your nursery decor. This diaper pail offers the same odor control that consumers have come to expect from the Diaper Genie system. The Playtex Diaper Genie Expressions can hold up to 50 newborn diapers at a time before needing to be emptied.

The Expressions fabric sleeves are sold separately. This diaper pail requires the compatible Diaper Genie refills, which will need to be purchased separately after your starter refills run out. Some consumers note that the diaper hole is on the small side. This product does not have a foot pedal. 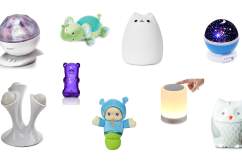 The Tommee Tippee Simplee Diaper Pail Starter Set is an inexpensive and compact, space-saving diaper pail made from plastic. It contains a multi-level film and smart seal lid to block odors effectively. The film also contains an antibacterial ingredient that kills 99% of germs. This compact diaper pail holds up to 18 diapers at a time, and this product comes with four refill cartridges, each one disposing of up to 180 diapers.

This diaper pail is on the small side and will thus need to be emptied more often as compared to larger pails. You must purchase the compatible Tommee Tippee refill bags when your starters run out. Some consumers have reported that this product doesn’t block odors as well as other diaper pails.

The Playtex Diaper Genie Complete Diaper Pail with Odor Lock Technology features an updated design from the original Diaper Genie Elite. Consumers in general like the updates, though there are some caveats listed below. This version has a sleeker design, and it comes in multiple colors instead of just white; it also comes in gray, pink, blue and green now. This newer version has a built-in carbon filter that is safe and naturally activated to lock in diaper odors better. The airtight clamp is designed to help with controlling odor as well. The Playtex Diaper Genie Complete is ergonomically designed to prevent you from bending over when disposing of diapers, and it also has a foot pedal so you can open it hands-free. The new design of the diaper pail means you don’t have to pull the pail away from the wall to get the old bag out and the new bag tied when emptying out your dirty diapers. 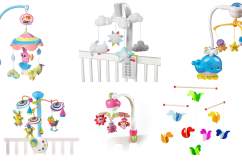 The Bubula Steel Diaper Pail is another highly rated steel and aluminum diaper pail that is constructed with an airtight lid to seal in diaper odors. This diaper pail comes in seven colors, including sleek neutrals and fun pastels. This pail has a large capacity and a tall, ergonomic design. It also employs a safety lock so you can keep nosy children out. It even uses regular trash bags, so there’s no need to spend a ton on refill bags. Consumers report that it is easier to place diapers into this diaper pail as compared to other pails on the market—you don’t have to smush your hand down in to get the diaper in. This diaper pail even converts to a trash can when you’re all done with diapers! 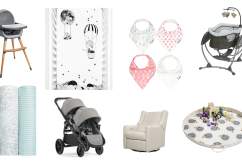 Read More
Baby, Shopping
wpDiscuz
0
0
Would love your thoughts, please comment.x
()
x
| Reply
See our list of the top 10 best diaper pails for your nursery below. There's definitely a diaper pail on this list that is just right for your nursery.