Everyone likes some good-natured cajoling about an Oscar nominee, but there are those cases where a certain unwritten boundary gets crossed. Take this moment from The Onion‘s live-tweeting about last night’s Oscars. Read the (now removed) tweet above to get an idea of what we’re saying here.

If you’ve seen the movie that Quvenzhane Wallis was nominated for, the powerful Beasts of the Southern Wild, you know what kind of performance the 9-year-old breakout star is capable of. The Onion’s off-color remark may well have put a damper on the evening for the young actress, but at least some other Twitter users took to her aid.

Referring To Precious 9yr Old Quvenzhane Wallis As The ‘C-Word’ Is Both Unfortunate & Unacceptable. Shame On @theonion! #UnfollowTheOnion RT

Host Seth MacFarlane also made an uncouth remark about the young actress during the broadcast, although his was much more tame. In his words:

So let me just address those of you up for an award, so you got nominated for an Oscar, something a 9-year-old could do! She’s adorable, Quvenzhané. She said to me backstage. ‘I really hope I don’t lose to that old lady, Jennifer Lawrence.’ To give you an idea how young she is it’ll be 16 years before she’s too old for Clooney.

The satirical website and Oscar hosts’ attempts at poking fun at the precocious girl were not well received, but it’s not likely that either will suffer too dearly for their slip-ups. What many are calling racism or misogyny really may have just been overzealous missteps without too much thought of the implications, but hopefully the future star of the Annie reprisal won’t let them get to her.

They have since issued an apology here. 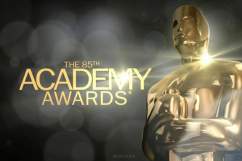