Let’s try and forget that it’s been nearly a year since Game of Thrones Season 2 ended. At first, it hurt. Now, it hurts even more. The trailer for season 3 came out a few weeks ago and now, the season premiere comes out in less than a week (3/31/2013). Here’s what you need to know…


1. The 3rd season is based around the first half of the book, A Storm of Swords


Based on previous books split into halves for TV shows/films, it will delve deeper into individual characters and their backgrounds, which is going to be an amazing thing.

Let your friends know how excited you are, share it!

Does this mean she needs to reach out to him? Does she oppose him? Do they battle? The possibilities are endless! Although I’m sure only one outcome will happen, but which one will it be?!

3. Joffrey has to fall soon

He has too. We need him to! We love to hate him, but he is gaining power. You know what they say though; big tree fall hard.

4. If you think Sansa is free from the Lannister family, think again

5SF: 'Game of Thrones' Theme – Best A Capella Video EVER!!!The best version!!! Jeremy ruined a couple of the takes but he had Jessica in the next room and he's not supposed to have anybody over. I sang it all LIVE thank you because you guys are my sun and stars. You guys are the moon of my life and stuff Subscribe: https://www.youtube.com/uproxx See more:…2013-03-25T19:03:06.000Z

Down the road, the Lannisters claim her as their own in a way that is…well…awkward for everyone.

5. “The Hound” doesn’t get his own POV chapter, but that’s a good thing

He appears in another character’s story-line and is a “welcome and frightening addition.”

Shown for a second in the most recent trailer released, there’s a live bear that someone has to fight.  Enough said.

Since Alan Taylor, one of the main directors of the show, didn’t direct any episodes for Season 3 due to him directing the new Thor movie, Daniel Minahan stepped in for a few episodes. He directed EP. 6, 7 & 8 in Season 1. His credits also include Six Feet Under, Deadwood, & True Blood, just to name a few. This gets me all warm inside.

You've waited almost a year, you have every right to share this!

8. Stannis has more women than he can handle

Jon Snow, after killing Qhorin to become a Wilding, now comes across a new member of the cast named Ciaran Hinds who plays a Night’s Watch member who has also turned into a Wilding.

10. Daenerys’ dragons are getting bigger and badder by the day

Her storyline wasn’t as good in Season 2 as it was in Season 1, but it heats up in Season 3 as she starts to do something about everyone giving her s#!*. Let’s rock. 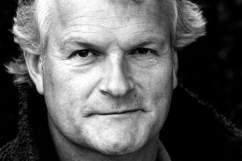 ‘Game of Thrones’ Actor Has Ear Bitten Off: 5 Fast Facts You Need to Know

Read More
Game Of Thrones, Game of Thrones: Season 3, HBO, Top 10, TV
You've waited nearly a year for this and now, Season 3 is less than a week away. Beware, it contains a few spoilers.