Justin Bieber hasn’t been having the best time in London lately.

After showing up more than two hours late to a concert at the O2 Arena in London and greeting a dome filled with booing concert-goers, Bieber reportedly collapsed backstage at another concert at the same arena. 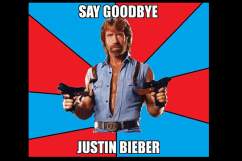 A source close to TMZ said the pop star felt woozy and during the show, stumbled backstage and collapsed with still four songs left to get through. The singer was pulled into a private room and treated with oxygen. His rep Scooter Braun took the stage to informed the crowd.

“Justin’s got very light breath. The whole show he’s been complaining, He’s backstage with the EMTs and the doctor.”

However, the show was not over for London. Justin insisted that he had to finish the show for his fans. He returned to the stage and got a huge standing ovation at the end of the show. Apparently, Biebs is feeling better, but doctors still want to evaluate him.