Another one for crazy/Lindsay Lohan/rehab file. The actress is apparently not going to sign rehab agreement with the courts unless it’s guaranteed not to start until after Coachella, reports RadarOnline.

“Lindsay was adamant that she not be forced to go to rehab until after the Coachella Valley Music and Arts Festival in the Palm Springs area on successive weekends in April. Lindsay LOVES going to the musical festival, and she’s determined to go this year. She didn’t want a little thing like rehab to get in her way of attending. Linds refused to sign off on any deal that would have prevented her from going to Coachella, period. Yes, it’s that important to her, for some strange reason,” a source told RadarOnline.com exclusively.

Lohan is currently dating City of the Sun (no, me neither) singer Avi Snow, so maybe that’s increased Lindsay’s interest in live music. 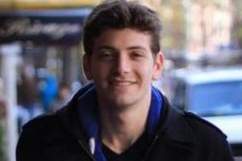