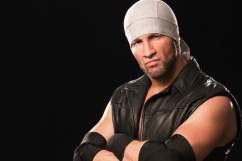 Part 2 of this super long list is upon us. Flex your pythons and drop a few elbows on your opponents for this one. It’s time to get hyped about the greatest wrestling themes of all time as I count down from numbers 90 through 81.

90. Dean Malenko – “The Ice Man”
VideoVideo related to the 100 greatest wrestling themes countdown: #90 – #812013-03-19T13:07:36-04:00
Dean Malenko can deform every part of your body with his arsenal of 1,000 different wrestling holds. He’s a no-nonsense technician who’s facial expression never changes, but I know he’s smiling inside while he’s destroying someone. This international playboy anthem of his from his WWF run is James Bond-worthy. Sounds kind of similar to another theme, huh?

88. Sycho Sid – “Psycho-Dance”
WWF/WWE Sycho Sid 1st Theme With Custom TitantronSycho Sids 1st theme or 2nd if you count his Sid Justice as His 1st Everybody does it different cool theme.i think the titantron came out pretty cool.this video is for educational purposes only and is not meant to infringe copyright material Title Of Track-Psycho-Dance/Snapped2012-05-24T04:32:09.000Z
Sid’s last WWF theme was quite horrifying. It sounded like your local rock band’s take on a new anthem for Hannibal Lecter or something. The (self-proclaimed) “Master and Ruler of the World” took no prisoners once he felt like doling out a Powerbomb. My fears subsided as soon as he came down the entrance ramp and started bumping fists with the fans. WHO’S THE MAN?

87. Dolph Ziggler – “I Am Perfection”
Dolph Ziggler theme – I Am PerfectionSubscribe For All WWE Uploads, Raw, Smackdown, NXT, PPV's, Music, Classic Matches and WrestleMania. Subscribe To My Backup Account: http://www.youtube.com/ryanlynchmindfreak2010-03-03T23:17:16.000Z
I love and hate this song with a passion. I love it because it’s super catchy and it captures the “spirit” of Dolph Ziggler’s cocky yet confident persona. I hate it because a certain friend of mine used the theme for one of his Create-A-Wrestler’s in the last WWE game and played it non-stop. This theme perfectly represents the super jocks and popular chicks who run the world. Show…off.

86. Test – “This Is A Test”
WWE Test Theme Song – This is a TestMi 22º video ya que me han censurado a Oye Compai esta mañana. Es mi primer video del Pressing Catch, pero seria el 2º si no me hubiesen quitado otro. Espero que os guste la musica que esta bastante bien. Tambien aqui teneis la letra o "lyrics": Test, this is a Test, Test, Test, This…2008-12-22T14:05:52.000Z
Test was an underrated wrestler who didn’t quite stay at the top after his little beef with HHH/Stephanie McMahon. But I always got a kick out of seeing Test hit perfect elbow drops, pump handle slam’s and vicious gutwrench powerbomb’s. Test’s theme is incredibly hard as hell, which made the man that much more intimidating. R.I.P Andrew Martin.

85. Kofi Kingston – “S.O.S.”
Kofi Kingston – S.O.S."S.O.S." Performed by Collie Buddz Available on 'WWE: The Music, Vol. 8'2008-07-01T23:29:46.000Z
Mr. “BOOM! BOOM! BOOM!” is one of the most exciting wrestlers in the game today. His slim physique and amazing agility combine to create a highlight reel worthy competitor. Kofi Kingston’s theme is unsurprisingly enjoyable, since it features a certified reggae artist singing on it. Whether you’re from the island of J.A. or not, you’ll no doubt jam out to this lively tune.

84. Perry Saturn – “Sirens”
VideoVideo related to the 100 greatest wrestling themes countdown: #90 – #812013-03-19T13:07:36-04:00
Perry Saturn is best known for laying fools to waste with his patented Death Valley Driver and Moss-Covered Three Handled Family Credenza (such an odd name for a finisher). I’m happy to see the man escape from his negative vices and return to the ring once again. Saturn’s stay in the WWF may not have produced too many noteworthy moments (BESIDES MOPPY!), but his theme was a headbanger’s dream.

83. Ryback – “Meat”
2012: Ryback 5th and New WWE Theme Song "Meat"Ryback 5th and New Theme Song 2012 Meat. Theme Information Title: Meat Artist: Jim Johnston Download Link: http://www.mediafire.com/?7me5wp7447bums5 Ryback Theme Count: 1. "Regality" (as Skip Sheffield) 2. "Wild & Young" (WWE Edit) – Intro Cut (as Skip Sheffield) 3. "We Are One" (WWE Edit) 4. "We Are One" (WWE MIX) (WWE Edit) (as Skip Sheffield)…2012-05-04T00:38:48.000Z
FEED! ME! MORE! Skip Sheffield aka Ryback’s hunger never subsides. I’ve grown to appreciate the guy and his taste for in-ring destruction since his re-debut. His current theme falls a little flat with me, so I’m selecting the theme he sported without the vocals added to them. This theme sounds much more powerful for the big guy with a violent appetite.

82. The Shield – “Special Op”
2013: The Shield 1st Theme SongPhoto + Video + Audio credit: WWE2013-01-03T00:57:10.000Z
WWE’s shield of justice who rebels against their company’s injustices is none other than The Shield. They’re a relatively new stable who have made waves by smashing the top stars and stalking their enemies by arriving through the crowd. Their theme song evokes images of an armed guard who’s only mission is to destroy. Dean Ambrose, Seth Rollins and Roman Reigns are not to be played with.

81. Nexus – “We Are One”
The Nexus: We Are One (2011 iTunes Version)SUB MY BACKUP ACCOUNT!: http://www.youtube.com/user/NCFireBolt21HD DOWNLOAD LINK: http://www.mediafire.com/?ms1alyfbr6rqr5h Since everyone on the face of the universe is posting the WWE edit of this song, I thought it would be fun to make this edit from the original 2009 version and add the 2010 WWE edit in this. Nothing much went into it… 0:00-0:30 – Original…2010-12-17T08:50:01.000Z
You know what was one of the last greatest WWE RAW moments? The Nexus invasion and the path of destruction they left in their wake. The first season of NXT ended up providing wrestling fans with one of the coolest stables in wrestling? Who knew? When they marched toward the ring in their simple yet effective paraphernalia, this theme backed them up with perfection. The winds of change were definitely in effect for this crew (until John Cena ruined everything). 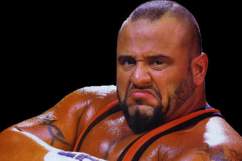