Michael Bay’s super shiny battling robots are heading back to Earth. Once again, they’re going to shoot each other to bits in the metro section of Detroit. Want proof? Look no further because the Michigan Film Office announced the official plot details behind Transformers 4.

Via Spinoff, the working details for the film’s story have been released to the public:

As humanity picks up the pieces, following the conclusion of Transformers: Dark of the Moon, Autobots and Decepticons have all but vanished from the face of the planet. However, a group of powerful, ingenious businessman and scientists attempt to learn from past Transformer incursions and push the boundaries of technology beyond what they can control — all while an ancient, powerful Transformer menace sets Earth in his crosshairs. The epic adventure and battle between good and evil, freedom and enslavement ensues.

The Michigan Film Office sent out a press release that speaks about the film’s total production expenses and the past success of the previous Transformers films.

This fourth iteration in the movie series will feature Mark Wahlberg, Nicola Peltz, and Jack Reynor starring as an “Irish kid that came to America with 30 bucks in his pocket.”

Back in January, Michael Bay spoke with Spinoff about the new trilogy that this film will start:

That word has been floating around on the net. This movie takes place exactly 4 years after the war in Chicago. The story makes a very natural transition, and reason as to why we have a whole new cast. This Transformers will feel very different then the last three. We are embarking on a new trilogy. 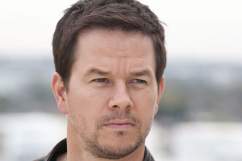 Mark Wahlberg Says ‘Transformers 4′ Will Be The Biggest Of His Career?