Fans at the JUNO Awards!

2) Host With the Most

. @michaelbuble with his gorgeous expectant wife @lulopilato in a red-hot dress by @jorgeibanezmoda! #junos2013 twitter.com/ETCanada/statu…

Beloved Canadian crooner and 11-time Juno winner Michael Bublé was this year’s host. It’s the first time he’s held the post, and he seemed to enjoy himself, using his typical Canadian brand of self-deprecating humour to entertain the audience.

“This is truly a dream come true for me, if I could only explain how I feel,” Jepsen said.

A thousand fold thanks to all my fans in #canada!!!!Big time love!!!! #JUNOawards

“I’m here to tell you it’s OK to be you. It’s OK to let your freak flag fly and embrace the quirkmeister that is in all of us.”

The iconic Leonard Cohen took home the first award of the evening, winning songwriter of the year for his hits “Going Home” and “Show Me The Place”, both co-written with Patrick Leonard, and “Amen.” 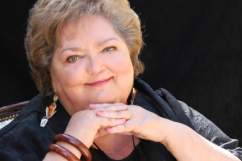 Pop sensation Justin Bieber took home the 2013 Fan’s Choice Award, although he was not on hand to accept the Juno.