If you happen to live in a major metropolitan area (or even semi-metropolitan) and have left your house recently for any reason, then you may have noticed some Bluth family posters around town. The countdown is on for the new season of Arrested Development and Netflix is rolling into high publicity mode. 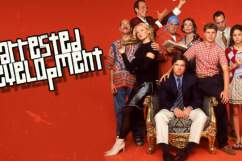 The posters are already popping up in subways and billboards in NYC and Los Angeles, as well as on buses and cabs in other cities, too. Netflix is doing a fair job of keeping AD fans in suspense, refusing to release any kind of trailer or sneak peak of the dysfunction to come. They have however, realeased some hilarious stills of George Michael and Tony Hale. 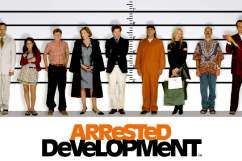