MTV has laid the reality series Buckwild to rest, TMZ is reporting, just eight days after the shocking death of cast member Shain Gandee from carbon monoxide poisoning. The show, which followed the lives of young people in the boondocks of West Virginia — mud racing, squirrel hunting and stuff — is officially no more. Here’s what you should know about the demise of the “redneck Jersey Shore.” 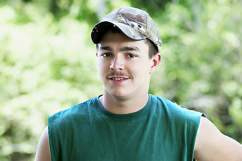 1. The Cancellation is Sudden


Production was temporarily halted after breakout star Shain Gandee was found dead in his jeep on April 1. Even though four episodes for the second season have already been filmed, they will not air, while a special that was taped two months ago will be seen.

2. The Producer Is Pissed


J.P. Williams, producer of the show and manager to most of the cast members, slammed MTV to the Hollywood Reporter, claiming that “something that smells of s— here on every level,” after MTV planned to go forward with the show even after Gandee’s accidental death, but then suddenly opted out and gave no explanation. He added that “this will get ugly.”

3. The Show Was Steeped in Controversy


After Gandee’s death, the mayor of Charleston, West Virginia, the location of the series, Danny Jones, urged MTV to cancel the show, alleging that the series “only enhanced the negative stereotype the Kanawha Valley already has.” Beyond that, two of the cast members have been arrested, Michael Burford for DUI and Salwa Amin for drug possession. 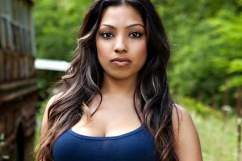 4. The First Season Was Wildly Popular


The first season of the show, heartily promoted in attempts to fill the void left by the ending of Jersey Shore, garnered 2.5 million viewers to its January premiere, which is more than those who tuned in to the premiere of Shore spinoff Snooki & JWoww. Gandee and seven fellow cast members each received a 300 percent increase in their contracts for the second season.

5. Buckwild May Live On


An angry J.P. Williams claimed that his responsibility is to protect his clients, and as such, he plans to continue shooting the season and hoped to eventually produce a film based on the series.
Read More
MTV, Reality TV, Shain Gandee, TV, West Virginia
MTV is just way too high-brow now.