Syfy’s latest original series Defiance has been highly anticipated as it will break ground by launching on two platforms: television and gaming. With the premiere right around the corner, here’s everything you need to know before the show airs on April 15.

1. It’s Set in the Near Future After an Alien Invasion


Defiance will take place in the not so distant future after aliens arrived on Earth, drastically changing the landscape of the planet. The series puts a focus on the relationship between the alien race, the Votans, and the humans, who have made peace after years of war between the two factions. The Votans altered the planet’s ecosystem and created new hybrid species of the Earth’s animals. The show will mainly take place in a small town of Defiance — formerly known as St. Louis.

2. Defiance is Also a Game


For the first time in television, Syfy’s newest original series will be launched simultaneously on TV and gaming, bringing two different platforms together to create a social experience for viewers and gamers alike. The game will be created as an MMO (massively multiplayer online) by Trion Worlds, known for games like Rift and the upcoming End of Nations. Gamers will be able to choose their character as a human or an alien race in the series and play in an open world environment that will have them take part in missions as an Ark Hunter. The game will take place in San Francisco to avoid clashing with the TV series even though the game will follow what goes on in the TV counterpart. The Defiance game launched for the PC, Playstation 3, Xbox 360, and Steam on April 2. 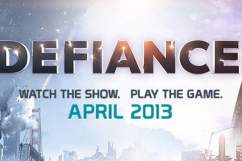 3. There Are Seven Alien Species, with Two New Languages Created


Defiance will introduce the Votans, a collection of seven different alien species: Castithan, Indogene, Irathient, Liberata, Sensoth, Gulanee and Volge. The Castithans are the upper class species that have pale complexions and are similar to humans. The Indogene race are technologically advanced beings with very little hair and white skin; they’re doctors and scientists. The Irathients are a near-human species that are similar to Native Americans in tradition and culture. The Liberata are a low-class race that were once rich and powerful on their home planet who now work for the Castithans as loyal servants. The Sensoth are described as having similar physical characteristics to orangutans. The Gulanee feed on energy and are extremely rare on Earth within the Votan community. The Volge are a robotic race considered a threat to the humans and Votans who show no emotion and destroys all life.

The first season will also feature two languages spoken by the alien races Castithans and the Irathients, developed by Game of Thrones liguist David J. Peterson according to Forbes.


Australian actor Grant Bowler plays a lawman keeping the peace between the Votans and humans in the town of Defiance. His character, Jeb Nolan, is described as a military man who served during the war between the humans and the Votans, during which he lost his wife and child. With the war now over, Jeb wanders into a world he hardly knows as a loner, bringing him back to his hometown of what used to be St. Louis, where he first saw the Votans come to Earth as a boy. Bowler spoke with Play 3-Live about his role, describing Jeb as an “archetype between Han Solo and Indiana Jones.”

5. Two Stars of Dexter Are Cast in the Series


Julie Benz and Jaime Murray, two Dexter alums, are cast as main characters in Defiance. Julie Benz, who played Dexter’s ill-fated wife Rita Bennett, plays the mayor of Defiance, Amanda Rosewater. Her character is described as a community leader in her 40s and is compared to President Roslin in Battlestar Galactica. Former Dexter villain Jaime Murray will portray Castithan aristocrat Stahma Tarr, the wife of a chief advisor to Amanda. Being along the lines of Lady Macbeth, Stahma is described as a faithful wife who wants her husband to become a powerful leader and will do anything to make it happen.


The developers of Defiance reached out to some Lost alums, including Irish actress Fionnula Flanagan, who played the mysterious Eloise Hawking in the cult series. Fionnula was cast as Nicolette “Nicky” Riodon, a former mayor of Defiance who becomes a mentor to Amanda as she takes in the reins as Defiance’s new leader.

7. The Show is Developed by Rockne S. O’Bannon


Defiance is created by Rockne S. O’Bannon, a well-known force in the sci-fi community who created shows like seaQuest DSV and Farscape. He developed Defiance with writers Kevin Murphy and Michael Taylor. Rockne, who also developed CW’s Cult, has already developed an outline for the first two seasons of the new series, if it gets picked up. Here’s hoping Rockne’s new show becomes a ratings success.

8. Season One Will Consist of 13 Episodes


This season of Defiance will comprise 13 episodes, starting with a two-hour premiere on April 15. The show is being labeled as a science fiction series with a mix of politics and military action. The first two episodes will be directed by Scott Stewart, known for making films like Legion, Priest and the recent 2013 flick Dark Skies.

9. Defiance Was Shot in Canada


The season was entirely shot in Toronto, Canada, last summer, according to TVWise. Syfy is no stranger to shooting programs in Canada, where shows like Alphas and Haven were largely filmed.

10. You Can Watch the Trailer

For a quick look at what to expect this season, we have a trailer for the new series Defiance for you guys to check out. 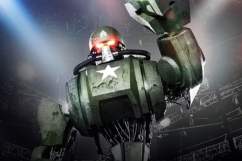