If you’ve been following The Following, you may want to UNfollow its lead, Kevin Bacon, on Twitter.

In a recent tweet, the Hollywood A-lister who plays FBI agent Ryan Hardy in the Fox drama series, accidentally posted a comment that gave away key plot details to his 233,934 followers.

The tweet has since been deleted, with two followup tweets.

The other linking to a Vine video of him saying, “My bad.”

Because how can we stay mad at you when we are so close? 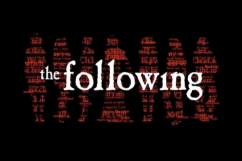 Fox’s ‘The Following’ With Kevin Bacon: Top 10 Facts You Need to Know

Read More
Celebrities, Kevin Bacon, The Following, TV, Twitter
Hollywood A-lister Kevin Bacon drew ire from Twitter followers when he tweeted a spoiler to TV's "The Following," which he stars in.