Producer and caustic judge Simon Cowell is making a big leap to TV dramas as his production house SyCo TV will be developing a potential TV show along the lines of Downton Abbey.

The X Factor showrunner will produce the series, set in England, about the inner workings of a psychiatric ward. Here’s what you should know about Simon’s newest project.


Capitalizing on the recent success of costume dramas, Simon Cowell’s new show will be set in a medical facility during the Victorian Era, called the Broadmoor Asylum. The series will focus on the staff and the patients that inhabit the mental institution, which has a similar premise to American Horror Story: Asylum. Managing director Damien Timmer told the Daily Mirror about the project, saying, “The stories of the staff and inmates are engrossing and often deeply moving, and they are shot through with a very English eccentricity and dark sense of humour.”

2. The Series Will Take Cues from Author Mark Steven’s Book


The potential period drama will be based on Mark Steven’s book Broadmoor Revealed: Victorian Crime and The Lunatic Asylum. The book discusses the leaked information about the asylum’s early days and the patients who were sent there for mental cleansing. “In the years before the advent of modern psychiatry,” explains the press release, “Broadmoor was a safe haven for patients, providing them with rest, routine and recreation, with pastimes including croquet, musical instruction and gardening.”


For historical purposes, the show will feature some famous prisoners like murderer William Chester Minor, who became a big contributor to the Oxford English Dictionary during his time at the institution, as well as Richard Dadd, who killed his father and later became a famous painter. Viewers will also see Christiana Edmunds, known in history as the Chocolate Cream Poisoner after murdering someone using poison-laced candy.

4. Simon is in Talks with BBC to Air the Show

Simon Cowell has been talking on the down low with major networks like BBC to air the series. He spoke with BBC One head Danny Cohen to bring the period drama to the channel.

5. Simon Turned Down Producing Another Show


The X Factor judge also was in talks to producer another program from composer Lord Andrew Lloyd Webber. The show would be a West End-themed talent show with a star to lead the musical. However, Simon turned down the idea. “I remember this conversation I had with Simon in Barbados … if we could do something,” Lloyd-Webber told The Sun. “That went nowhere.” 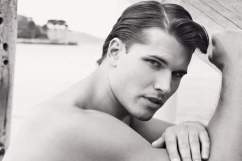