It sounds like Superman won’t have to deal with the annoying weakness of his for his upcoming 2013 film reboot.

In the latest issue of Entertainment Weekly, director Zack Snyder confirmed the infamous alien rock known as Kryptonite won’t be a part of The Man of Steel movie (which is hitting theaters on June 14, 2013).

Here’s what Snyder had to say about the green rock’s exclusion:

I’ll be honest with you, there’s no Kryptonite in the movie,” says director Zack Snyder (300, Watchmen) Those glowing green space rocks – Superman’s only crippling weakness – have turned up so often as a plot point in movies, the only fresh option was not to use it. Anyway, if you want to make an audience relate to a character, a galactic allergy isn’t the way to do it.

The poster boy/actor for the new Superman, Henry Cavill, also spoke about the hero’s other weaknesses:

Amy Adams, the actress playing the part of Lois Lane, gave some more information on her character in the film:

I think she’s very transient. She’s ready to pick up and go at a moment’s notice. I think that definitely could be part of what she sees in Superman — not really laying down roots, not developing trust.

The movie’s official Facebook page provided an official synopsis for the film:

A young boy learns that he has extraordinary powers and is not of this Earth. As a young man, he journeys to discover where he came from and what he was sent here to do. But the hero in him must emerge if he is to save the world from annihilation and become the symbol of hope for all mankind.

For fans who want another peek at what’s to come for Superman’s next film outing, check out this viral video posted through the movie’s Facebook fan page. General Zod (Michael Shannon) sends a message to the people of earth: 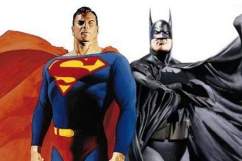 Superman and Batman Team Up in New DC Comics Series

In other DC movie news, an actor for The Flash may have been cast for the upcoming Justice League film. Sons of Anarchy star Charlie Hunnam may be playing the role of the supersonic superhero.

Chud reported that, according to one of their industry sources, the actor’s image is reportedly being used for the movie’s concept art for the hero:

According to a trusted industry source of mine, the current rumor on the block is that Charlie Hunnam’s likeness is being used for conceptual art on a particular big WB project right now. The film? Justice League. It seems that in the current pieces being drawn up, Charlie is The Flash. 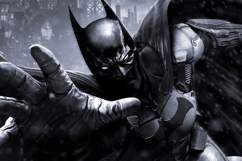