The Live Blogging Continues! DWTS has ended and The Bachelorette is here! Let the craziness begin!

Live tweeting the East Coast in 2 min! #thebachelorette Choosing fan tweets too so get ready!

Crying already? Oh, yea… forgot what I was watching. 8:04pm

Uh oh, Desiree wore red when she first appeared on The Bachelor too… That didn’t turn out too well though… 8:05pm

Cinderella didn’t get a Bentley… 8:14pm

Photo: bacheloretteabc: Which lucky guy will Desiree fall for? Watch the season premiere of The Bachelorette… tmblr.co/ZS4yEwl_gLfF

There will be drama, conflict, and heartbreak?! I thought this was The Bachelorette?! Now I’m confused. 8:24pm

But how do you make a magician disappear? 8:27pm

They should rename The Bachelorette as The Abs Show. 8:28pm

How many times can I say “prince charming” in 2 hours? #neednewdescriptivewords #thebachelorette #anysuggestions?

Brooks has that whole Skeet Ulrich thing goin’ on. 8:38pm

What if she lost the wishbone? 8:38pm

Digging in the fountain… kind of awkward in my opinion. Roseless future is what I’m thinking. 8:40pm

What if instead of finding a husband the #bachelorette was about finding a gay best friend? We’re into it.

Larry’s kind of got a sexy forbidden professor thing goin’ on… until the snag. 8:45pm

Phew! Thank you for not proposing. 8:53pm

Motorcycle entrance. Scared to see where this is going. 8:56pm

A lot of people on Twitter are telling that guy Zak to put his shirt on. I’d like to take this moment to tell all of those people to be quiet. 9:05pm

The #bachelorette is telling everyone to be themselves but I’m pretty sure that’s the worst advice she could give.

Loving that Ben gets the first rose. 9:12pm

Will Desiree let the Vet go on Memorial Day? 9:21pm

Well this is a first… an impromptu soccer game breaks out on The Bachelorette. 9:24pm

Didn’t he get the hint on the fantasy suite? 9:32pm

Whose the biggest creeper on the planet? Jonathan? 9:35pm

Peace out to the sexual predator. 9:36pm

And, to the social media guy… “hashtag annoying” 9:37pm

remEMBER THAT ONE TIME MY TWEET GOT ON THE BACHELORETTE?! #startedfromthebottom #bachelorette twitter.com/Anthisakoala/s…

What kind of girl says good-bye to her knight in shining armor…. This chick. Ciao, Diogo. 9:51pm

I feel like the #bachelorette filled its quota of creepy could be murderers this season. 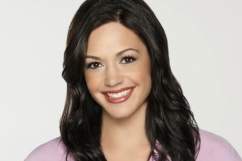