Blanca Francia was Michael Jackson’s maid during the 1980s and early 1990s at his Neverland ranch. She left his staff in 1991, of her own accord, now she has emerged as a key player in Wade Robson’s claim for compensation from the Jackson Estate. Robson is claiming he was molested and “brainwashed” by Jackson after he testified in 2005 that Jackson NEVER molested him during the time he spent at Neverland. 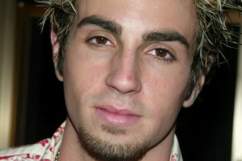 1. She Claims She Saw Jackson in the Shower With Robson 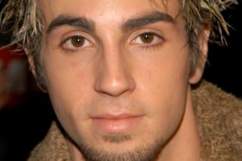 TMZ reports today that Francia’s testimony in Jackson’s 2005 child molestation trial will “play a huge role” in whether or not Robson is successful in suing the Jackson estate for compensation.

Francia says that while Robson was seven or eight years old, she saw him and Jackson in the shower together in MJ’s private bathroom. She say she recognized the underwear on the floor as being Jackson’s and another pair she believed to be Robson’s. The window in the shower was too “fogged up” for her to see exactly what was going on but she heard Jackson laughing.

Robson hopes to use this testimony as proof that he was abused by MJ, even though he testified at the same trial to say that he was never molested by Jackson.

2. Francia’s Son Claims He Was Molested by Jackson

On November 4 1993 and March 24 1994, Blanca Francia’s son, Jason, was interviewed by police over claims that he may have been abused by Michael Jackson. MJ was never indicted on these charges which came just after the Jordy Chandler trial had collapsed.

Francia had said she frequently brought her son to play at Neverland while she worked. She says on one occasion she discovered her son in a dark room with Jackson, “sharing a sleeping bag.” After she left Neverland in 1991 she said her son became “moody and angry.”

In December 1994, Francia attempted to sue Jackson for the alleged molestation, it was settled out of court with the former maid receiving $2 million in damages that were paid out between 1996 and 1998. Francia said of the time:

In the fifth grade I told my friends I knew Michael Jackson and it was cool. They didn’t believe me but it was cool. In junior high (school) it was no longer cool to know somebody who had issues with kids.

3. She Was Jackson’s “Personal Maid”

Francia, during her time at Neverland, was referred to as Jackson’s “Personal Maid.” This gave her access to areas of the ranch not afforded to the majority of MJ’s staff. She was one of the few who had access to Jackson’s bedroom, coming and going as she pleased, although she did have to ring a bell before entering.

She alleges that she was given “gifts” of up $1000 a time when she lied and covered-up Jackson’s activities with young boys, whom Jackson referred to as “special friends.”

4. Prior to Testifying, Blanca Francia Was Hit by a Car

In the book Who You Love: Inside the Michael Jackson Case, it is told that just prior to testifying in the Jordy Chandler case for the prosecution, Francia was hit by car and received significant injuries that delayed her testimony. It happened in Santa Barbara, while she rode her bicycle to work.

Immediately there calls that this part of a conspiracy to stop her from testifying, ultimately it was ruled to be an accident. But the book states that the incident was notorious amongst the staff who still worked for Jackson, reminding them to “never say anything about the boss.”

5. She Still Lives in Santa Barbara

Francia, despite her family’s sizable settlement, works a number of low paying jobs, in Santa Barbara, not far from the Neverland Ranch. Her son Jason, of whom it is said “survived with his credibility in tact” is married and repairs cars for living, he resides close to his mother in Santa Barbara.

Read More
5 Fast Facts, Celebrities, Michael Jackson, Wade Robson
Francia was Jacko's maid in the 1980s, and she claimed she saw Jackson in the shower with Wade Robson when Robson was just eight years old.