Film adaptations of books seem to be the hot new thing in Hollywood, don’t it?

Welp, get ready for another one because a movie based on the Orson Scott Card novel Ender’s Game is coming our way.

The debut trailer for the film features a who’s who of stars, young and old. Asa Butterfield can be seen playing a child prodigy (Ender Wiggin) that’s being groomed to be the next commander of an all-star space fleet. Harrison Ford (Colonel Hyrum Graff) trains Ender, as well as a few other young recruits for the position of the next Rackham, a half-Maori International Fleet commander who saved the planet from the last Formics alien attack.

Ben Kingsley (the tattoo covered Mazer Rackham) pops up for a few scenes in the trailer, just in case you didn’t get enough of him in Iron Man 3.

Needless to say, this film sounds pretty epic. The book that this move is based on was actually a short story that was first seen in the August 1977 issue of Analog Science Fiction and Fact.

We’re going to be waiting to see this sci-fi film for a while, since it’s coming to theaters on November 1, 2013. 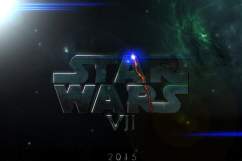