The Deftones and Kris Kross are not two music groups that cross paths very often. But last night there was a special moment in St. Louis when the heavy metal legends paid tribute to Chris Kelly, of the hip-hop tween stars, who had died just hours previously, age 34. 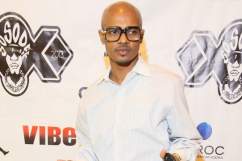 It’s now being reported by TMZ that Kelly, who went by the nickname “Mac Daddy,” may have been killed by taking a combination of heroin and cocaine.

The Deftones themselves have suffered tragedy recently, in March, their bassist Chi Cheng died aged 42, nearly five years after a car accident left him partially conscious and unable to move his limbs.