Last night, Kanye West performed at an exclusive event titled the Adult Swim Upfront Party at NYC’s Roseland Ballroom. Throughout the years, Kanye’s expressed his hatred toward the paparazzi, but his latest rant takes the cake. Mouthing off about not having to answer to the public, hating the paparazzi, and bashing SNL were just some of the things Kanye rambled about at his event last night. Additionally, Kanye starts off saying that he’s the worst kind of celebrity and later claims that he’s not a celebrity. Maybe Kanye was as confused about his rant as many listeners were.

I don’t want nobody trying to run up on me with no cameras, trying to sell pictures and shit to magazines, asking me no dumbass questions. throwing me off of my focus and sh*t.

Perhaps this is why Kanye flipped out on a TMZ camera man just last week after the singer accidentally walked into a street sign.

In an additional video taken during the same rant Kanye had onstage last night, Kanye even bad-mouthed SNL in regards to his upcoming performance on the season finale this Saturday:

[I had a friend ask me, ‘Are you gonna go on] SNL and you’re going to do like a skit about the paparazzi and sh*t and like humanize yourself?’ I ain’t here to apologize to no motherf*ckers man. It ain’t about me humanizing myself.

We also catch him saying,

I ain’t runnin’ for office. I ain’t kissin’ nobody’s baby where I drop the baby and you sue me and sh*t.

Has Kanye hit his breaking point? 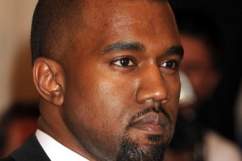 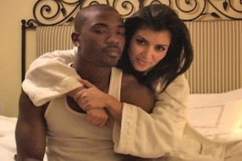