The paparazzi are at it again; making sure the public lives of celebrities are completely miserable.

Kanye West and Kim Kardashian were enjoying a sunny day in Beverly Hills on Friday when a group of paparazzi descended on the couple, reports TMZ. As Kanye ducked to avoid getting his picture taken, he inadvertently slammed his head into a road sign. He wasn’t too happy with the photographers, but he remained relatively calm.

The incident, however, set the wheels in motion for a Kanye freak out later in the day:

In a separate incident on the same day, an unsuspecting paparazzo got the wrath of Kanye West when he tried to snap a photo.

Maybe the paparazzi with think twice about messing with Kanye when he’s having a bad day. But probably not. 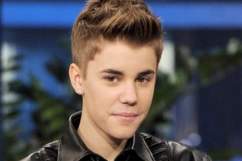