Comic book moves just seem to get better and better every year, don’t they?

We have a ton of comic book films to look forward to in 2013 and beyond. Marvel Studios President Kevin Feige conducted a thorough interview with Collider and spoke on a long range of Marvel movie news. Marvel Studios is getting ready to produce some new films, plus new heroes and move sequels are reportedly on the way.

Guardians of The Galaxy is set for filming soon, as evidenced by what Kevin had to say about its production/shooting:

We shoot it this summer in the United Kingdom. We’re shooting in the studio space where we shot Thor: The Dark World and Captain America: The First Avenger.

As for The Avengers 2, Kevin gave some info on whether the film will have a numbered title or a sub-title:

I would say that if you look at the trend of our upcoming movie, Iron Man 3 is the only one that has a number. I like Star Wars: The Empire Strikes Back, Star Wars: Return of the Jedi instead of Star Wars 2, Star Wars 3.

A movie adaptation of Doctor Strange is also in the works. Kevin provided some details on when we can look forward to seeing Marvel’s super magician on the big screen:

Doctor Strange is something that I talk about often and it’s sort of next up for us to dig into and explore. Our executive producer on Iron Man 3, having just gone through having done Captain America: The First Avenger and as I was finishing, he started working on the bones that would become Iron Man 3. Now that he’s finished Iron Man 3, he’s working on the bones that will become Doctor Strange. Now that Iron Man 3 is finished, some of our “spare time” is going to be debuted on trying to crack Strange. As we look past 2015, past Avengers 2 and Ant-Man, I think Doctor Strange should be one of the next movies in the years following that.

Kevin made sure to speak up on the possibility of more Marvel female heroes showing up in the studio’s films:

One fun bit of the interview centered on Dwayne Johnson’s possible inclusion in Marvel movies. Past rumors suggested that Dwayne was in the running to play DC’s resident biker Lobo in a film, but those plans seem to have fallen through:

I think yeah, I mean his name has come up in the past. I’m a gigantic fan of his, I think he’s an incredible – I might have met him once a long time ago, but I haven’t really met him. I don’t really know him – but I think he’s an unbelievable personality and an unbelievable sort of force of nature. He’s awesome in Pain & Gain, he was great in G.I. Joe, he’s really kind of an amazing human being. His Twitter’s always cool and he promotes the hell out of everything he does. I would love him to be part of the Marvel universe somewhere, someday.

In another piece of Marvel movie news, the director of The Avengers Joss Whedon went on Whedonesque to clarify the rumors about his salary:

I was going to let it slide, but I’ve got this sour taste in my mouth. (Mmmm, lemonade!). Some facts are not facts. I’m not going to go into the whole thing, but jeepers, I’m not getting $100 mil on Avengers 2. If I were, I would come on this site and laugh and laugh and laugh. I’m not making Downey money. I’m making A LOT, which is exciting. I’m not pretending to be a poor farmer, an Everyman, an ANYman. But that number is nuts. A few other things about me that have been “reported” that people should take with a grain of salt:

That I throw wild Hollywood parties where everyone is naked and dancing and wild and I remember to serve enough snacks.

That I can get a movie greenlit by sighing and staring into the middle distance.

That I ate a unicorn and made it winter for three years.

Well, that’s a load off. Sorry to get so personal — the whole thing’s a bit tawdry. But honestly, it bugged me. I’m off for a nice juicy steak. There’s a place downtown that does it with rosemary butter, it tastes just like unico — like a steak. 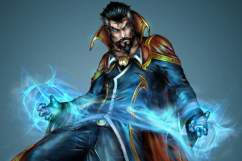