Legendary heavy-metal guitarist Jeff Hanneman died of alcohol-related cirrhosis, according to a statement from the remaining members of Slayer that was published on the band’s website. 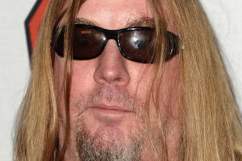 Hanneman died in a hospital in Los Angeles on Thursday May 2. It was reported then as being from “liver failure.” This led to speculation his passing may have been related to a 2011 spider bite he received, which saw him contract a flesh-eating virus.

We’ve just learned that the official cause of Jeff’s death was alcohol related cirrhosis. While he had his health struggles over the years, including the recent Necrotizing fasciitis infection that devastated his well-being, Jeff and those close to him were not aware of the true extent of his liver condition until the last days of his life.

Contrary to some reports, Jeff was not on a transplant list at the time of his passing, or at any time prior to that. In fact, by all accounts, it appeared that he had been improving – he was excited and looking forward to working on a new record. 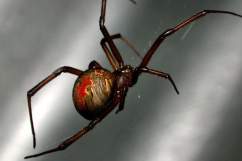