These Canadians love their blue and white: Maple Leafs – and Twitter. If you’re online, give these tweeters a follow – or better yet, tweet them. Here’s who you should watch for:

If you’re a belieber…belieb, er, believe this. Justin Bieber wants to thank everyone, every tweet of the day. He’s grateful for everything in his life – and doesn’t hesitate to tweet about it. Since social networking is a form of self-expression, we’ve come to the conclusion that Justin Bieber loves everyone – including himself (a lot).

More of these to come. Love my fans mybieberexperience.com

enjoying the much needed time off. just needed to come on here and say i appreciate all of u. thanks. love u.

As a rapper, Drake knows how to use his words and eloquently quote clichés. This isn’t further from the truth on Twitter, where he throws subliminal messages into his tweets – and expects us to comprehend what he’s saying. Well, occasionally he makes sense…

And trust…the information will come to you. Soon enough.

One a dem ones.

Lemme tek off ya expensive panty…victoria tell nobody.

DJs are experts at mixing the most random sounds – and tweets – together. Yet, somehow it works. deadmau5 is no exception.

She stole his identity, then she gave it back. Where’s my 93 minutes then?

Twitter. Coz what the fuck else am I going to do with all my pent up rage.

What’s funny, and true, all of this is because I didn’t get a toy in my happy meal this morning.

Brett Lawrie loves his blue and white. As a Toronto Blue Jay, Brett isn’t afraid to swing his bat and slide into home run – on and off the field. Just look at how he deals with beef. 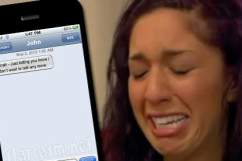 Texting Prank Takes Over Twitter and Leaves Relationships in Flames

On his Twitter, Seth Rogen alludes crude n’ rude connotations to his feuds. But, he’s hilarious – so we’re totally okay with it!

This is the End opens at 7pm tonight in most theaters! See it early so you can spoil it for people you don’t like!

Thanks for having us Toronto!I’m glad you seemed to enjoy #ThisIsTheEnd and I’m bummed I didn’t get to smoke crack with your mayor.

Russell Peters practices and preaches his humour in regards to “colour.” Warning: the following tweets may be offensive to some – readers.

So apparently @djjazzyjeff215 dresses up like an Indian guy and comes to my shows! #Twins… instagram.com/p/Z1NFV1oNNh/

Can someone get Will.i.Am some toothpaste? His teeth are ORANGE!!!! Wtf?! #BillboardAwards

Apparently the Pee Wee Herman look is coming back for the kids!! #Norway #NotoriousWorldTour2013 instagram.com/p/YoVC30oNIC/

Jim Carrey may not be a pro tweeter, but he’s definitely a pro at stirring up the pot.

I’d like to thank the congress for reminding us that we should never take them seriously. Hail the corporatocracy!God bless the USNRA! 8^¥

Congrats to the 68 senators who voted in favor of debate on gun legislation. Now, let’s make America a safer place for our children. 3^|

Day 18 of my new nutritional lifestyle. I feel at one with nature and my poop is covered in moss. :^}

Deal or no deal, Howie Mandel is one punny dude…

Some idiot just scratched my brand new keys with their car. No worse feeling than getting your keys carred

I will be putting more energy into modeling starting today

A Canuck MMA/UFC fighter, Georges St. Pierre shares some inspirational words of wisdom for a stronger mind. Well, most of them aren’t his.

“Do you know what my favorite part of the game is? The opportunity to play.” -Mike Singletary

“The only place success comes before work is in the dictionary.” -Vince Lombardi 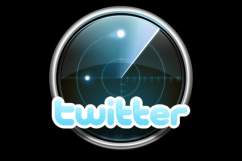 The 10 Most Creative Twitter Accounts You Should Be Following

From Star Trek to Boston Legal, William Shatner has come a long way – and his tweets account for that.

Hmmm not to jinks myself but I haven’t noticed any tattoo posts today.