I think it's time for celebrities like @mattpro13 and @JasonBiggs to quit antagonizing Amanda Bynes, don't you think? http://t.co/ivoOJgmpth

So me and @mattpro13 have officially made it. @AmandaBynes called us ugly! #blessed

E! Online claims that Amanda Bynes butted heads with someone new on Saturday. Except, this time it’s two against one and Amanda was not the one to initiate (for once)! Amanda received a feisty tweet from Modern Family star Sarah Hyland’s boyfriend, saying:

Look in a mirror. Stop getting work done. Save what’s left.

…To which the actress naturally responded: 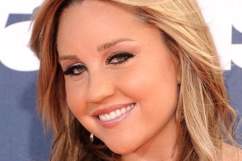 Amanda Bynes is IN LOVE, Her Provacative Tweets Reveal

Amanda’s ugly-gun goes off once again! And this time it was directed straight at the Modern Family star. That’s what Matt Prokop gets for playing with fire. Although, it’s hard to say that this one was completely Amanda’s fault. However, the battle did not end there. The hopeless instigator fired back at Amanda again, this time with a little more “umph,” saying:

Wow. The devil speaks… We were fans of yours.

Amanda may have lashed back, but Matt was no angel to begin with. For the last time he adds:

…and my girl is more successful than you ever will be enjoy the long road downhill disgusting crack head. It’s sad @AmandaBynes was a child actress who kids looked up to. Now she’s just a lost soul in a plastic face. #gethelp.

But Amanda didn’t let him off easily, and even made a comical attempt at clarifying the drama, she responded to Matt saying:

I like her ugly face! She isn’t as pretty as me! You need to put up two comparable professional photos! She’s not a model I am!!!

Not even fans know who to side with this time… Who is to blame here and who is innocent? Meanwhile, Prokop has been calling Amanda out for some time now. Her eventual response to his prying and poking must have been the highlight of his year as he delighted in this Twitter drama.

I'm gonna go take a shower.. Bynes you should do the same…

Can you say “uncalled for?”

I think his tweets might have done anything but clear Amanda’s mind.

Twitter you have been my entertainment for the day. Thank you.

Well done, Mr. Prokop. Looks like you got your entertainment alright. 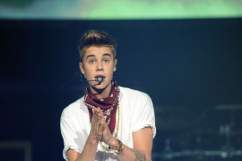 Justin Bieber Says That he is ‘Done Being a Celebrity’ 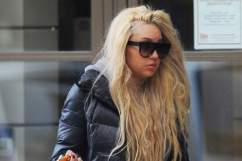