It turns out Amanda Bynes can check another plastic surgery off her list while she continues her pursuit to physical perfection. According to The Huffington Post, her plastic ta-tas were removed earlier this month because apparently, they were “uncomfortable.” We sympathize, Amanda. We get that feeling every time the symbol @AmandaBynes appears on our Twitter home screens. But, if the child-star is happier with her faux knockers out instead of in, then we’re glad she did whatever made her happy. However, The Huffington Post claims that one source says Bynes’ surgeries may be becoming less of a quest for physical perfection and more of a quest for self-gratification. The source says:

Amanda has become addicted to the confidence each surgery gives her.

This new information would explain her recent crazy tweets… maybe. And, according to the inside source, part of the reason Amanda stopped showing her face around Hollywood was because she was too self-conscious of her appearance. She feels, however, that surgeries will turn her fate around and she will once again be the successful actress/personality she used to be once she corrects whatever she feels is physically wrong with her. Poor Amanda. We’re not so sure we agree with her approach on this one. But, we hope she gets a reality check… and maybe some help, soon! 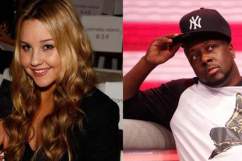 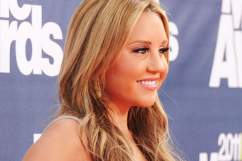 Amanda Bynes: ‘I Have a Birth Defect’

Share this if you think Amanda's surgeries are getting out of hand!