Amy Winehouse‘s untimely death was one of the most high-profile and tragic events of 2011. Her induction into the infamously creepy 27-club was blamed on alcohol poisoning, but there may be more to her story than anyone knows.

Anyone other than Amy’s family … that is. 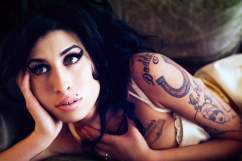 Recently, Amy’s older brother Alex Winehouse was interviewed for the first time and reveals details about Amy’s life that only someone as close as a brother would know. According to The Guardian, which reports on Alex’s interview, Alex reveals that his little sister was aggressively bulimic since the age of 17 years.

In his interview, he said:

She hung out with a group of girls who were all doing it. They’d put loads of rich sauces on their food, scarf it down and throw it up. They stopped doing it, but Amy never really did… We all knew she was doing it, but it’s almost impossible to tackle especially if you’re not talking about it. It’s a real dark, dark issue.

Amy’s darkest issues — even darker than drug abuse — may have been foreign to the rest of the world, but not her own family. Alex adds:

She suffered from bulimia very badly. That’s not, like, a revelation – you knew just by looking at her… She would have died eventually, the way she was going, but what really killed her was the bulimia… Absolutely terrible.

Sometimes it’s hard not to think about troubled celebrities and say, “Well, why didn’t they get help?” But Alex knows that bulimia took over Amy’s life without her willingness or control.

do you agree with Amy Winehouse's brother? http://t.co/lF0DJSB4uz

Do you think bulimia is what killed Amy Winehouse, even more so than drugs?