Though many people lately have thought that some of Justin Bieber news has been out of this world, now we can safely say that it is. All aboard Virgin mogul Richard Branson’s rocketship. Next stop: space! That’s right. Bieber’s trip is booked and he’s ready for space travel on Virgin Galactic’s civilian spaceship. What’s on his to-do list while floating above Earth in a rocketship? … Making a music video.

With famed manager Scooter Braun in tow on this mission, we can only imagine what kind of video they are going to come up with.

Maybe it will look something like his Billboard Music performance last month.

Branson’s SpaceShipTwo completed its first rocket test on April 29, and commercial flights are planned to start next year. The spaceship seats six people and has two pilots while taking passengers on a suborbital flight approximately 68 miles above Earth, which gives them a few minutes to experience zero gravity … plus a great view.

Tickets for the space flight run about $250,000 each, but we haven’t heard whether Justin’s trip will be a freebie or not. Even so, according to Telegraph news, the Virgin Galactic has already drawn the interest of future passengers Tom Hanks, Angelina Jolie, and Brad Pitt. In addition, the Telegraph reports:

At a charity auction during the Cannes film festival last month, one guest paid $1.2 million (£770,000) to buy a seat next to actor Leonardo DiCaprio on Virgin Galactic.

E!Online released a story last year about, “Two and a Half Men” star Ashton Kutcher becoming the 500th person to sign up for one of Branson’s astronaut excursions. We wonder if girlfriend Mila Kunis will be accompanying him.

Check out some footage on Richard Branson discussing his excitement as well as the details of this project that was 18 and a half years in the making.

How about this promotional trailer from six years ago! Clearly this is a well-thought out project of Branson’s.

See you all in space! 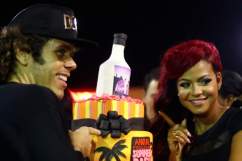 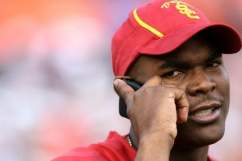