Talk about some tough sisterly love.

How are #KimKardashian & #KanyeWest handling their first week as parents to baby #NorthWest? Click to find out! http://t.co/kQaDb5b2AJ

Apparently, not very well! According to Kourtney, who has some baby raising experience of her own, Kim is not doing what’s in the best interest of North West. And, no we are not talking about Canada. RadarOnline reports Kourtney is not happy to hear that Kim will be doing a significant amount of traveling so soon after North’s birth. Kim plans to join Kanye West on his world tour, which is going to require a lot of moving from place to place. Major “uh-oh,” according to big sis Kourtney. Even a close friend of the family commented on Kim’s constantly on-the-go lifestyle, saying:

She loves the buzz of taking 10 flights in three days and always having her hair and makeup teams around and staying in luxe hotels. But she needs to know that’s in the past, at least for now.

We agree! And, we doubt Kanye’s own busy schedule makes him any better of a candidate to be a parent. But, we hope Kourtney’s wrong about Kim and we want little North to grow up a happy, healthy baby!

Meanwhile throughout all the baby chatter, rumors that Khloe Kardashian wants her own baby have hit the fan:

Could there be another Kardashian baby on the way? Kourtney Kardashian offers to be a surrogate for her sister, Khloé http://t.co/t1r2sE5BYl

And, not only that but auntie Kourtney wants to be the baby’s surrogate mother?! If these rumors are true, I wonder what this baby’s name is going to be…

Well, let’s just say we already have a clue! But, for the baby’s sake, we hope we are wrong. 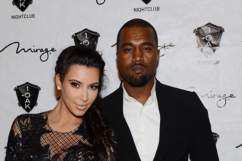 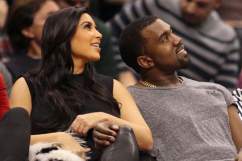 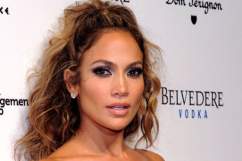