With the Kardashian-Humphries divorce finalized, RadarOnline reports that Kris Humphries is laughing as rumors swirl about Kanye West allegedly cheating on Kim Kardashian with Leyla Ghobadi. But, Humphries isn’t the only one who seems to be mocking Kim.

‘If They Cheat With You, They Cheat On You’: @krishumphries’ Ex Mocks @kimkardashian During #Kanye Cheating Scandal: bit.ly/16hIDNJ

On May 31, 2013, Myla took to Twitter about Kim’s alleged infidelity with Kanye West saying that she used to make Kanye West keys to Kardashian’s suite at the W Hotel when Kardashian was still with Reggie Bush. Also below is a photo of a check given to Myla from Kardashian’s lawyer for Myla to appear at Kim’s divorce deposition last August.

Most compelling was her advice to Kanye West:

In turn, Kris Humphries’ ex-girlfriend Myla Sinanaj has had a lot to say about yesterday’s cheating news surrounding Kim and Kanye. Her target, though, is mainly Kim. Just another Twitter war, slamming the reality star.

Karma is a bitch

Stuck in a generation where loyalty is just a tattoo, love is just a quote and lying is the new truth.

On an interesting note, there’s some pics of Myla that look surprising a lot like Kim Kardashian. Is this yet another Kardashian look-a-like?

All in all, Kris Humphries’ ex doesn’t care what anyone thinks and will just tell it like it is … And, it appears that she thinks the Kim and Kanye cheating scandal is karma for Kim, who was rumored to be also cheating on Humphries with West during their marriage.

Clearly i don’t give a fuck what people think of me, If i did, I wouldn’t be me. LOL 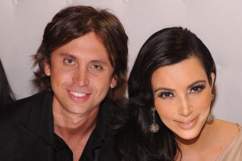 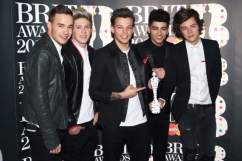 One Direction Weed Smoking: 5 Fast Facts You Need to Know