The San Antonio Spurs may have been putting out the Heat’s fire last night in game 5 of the NBA Finals, but Jay-Z was the unofficial player who really dominated the game. The hip-hop mogul announced his new album Magna Carta Holy Grail last night with a 3 minute-long Samsung ad that has already garnered over 1.6 million views since its release.

The video opens with Jay-Z listening to a piano based beat and talking about the album with producers Rick Rubin, Pharrell Williams, Swizz Beatz and Timbaland on how to push the album under a set of “new rules.” One might guess that those new rules include Samsung Galaxy owners. The first million users to download an app for the album on June 24th won’t be paying for the album at all. They’ll actually be scoring the tracks for free on July 4th, a full 3 days before the album is released to the general public.

Jay-Z had hinted about a preview of the album on Friday with the below photo which was posted to his Life + Times website. 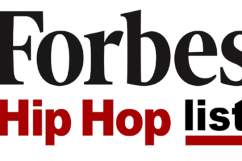 Forbes’ Hip-Hop Rich List: The 5 Wealthiest Rappers in the World