Miley Cyrus gave a stoner-ific confession when she came live on Jimmy Kimmel this Wednesday… in her panties. When Miley was asked how her and friend Snoop Lion came to know each other the singer responded:

We’re more alike than you would think, we’re very similar, he actually said that.

And, Miley — always up for spilling her secrets, responded:

Check Miley out for yourself in the video below!

Well, in case Miley forgets her name again she can just google “celebrity confirms stoner rumors” and she’ll be able to find it again! Now that we know what Miley does in her free time, maybe this news can also tell us a little something about how Miley came up with the latest inspiration for her new album.

Or maybe, “The impact of weed.” Close enough.

But, is all Miley’s new stoner-talk just a call for attention?

Miley Cyrus is Going Through a Mid-Life Crisis, I Guess (via @fishwrapped) http://t.co/Urg2z1Kb8A

Or, is the Disney star going through something a little more serious… like a mid-life crisis? FishWrapper reports on Miley’s weed-related comments during Jimmy Kimmel Live saying, maybe she’s just going through the same things all 20-year-olds go through… “burned out ashtrays”? Hm.

What's your view on Miley Cyrus ???? — She's defiantly on the dark side now lol http://t.co/bzerwdqeJd 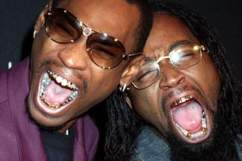 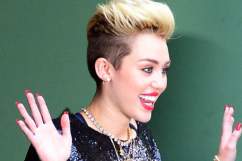 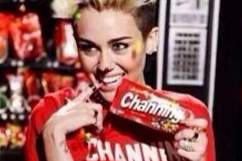