Winner of past Miss Oregon Beauty Pageant, contestant Gabrielle Neilan, is next up on Miss USA 2013! But, this beauty has a certain secret… she’s currently battling a case of Thyroid cancer. Check out our list below of top ten things you need to know about her!

1. Miss Gabrielle is Competing Against 50 Others in Las Vegas This Weekend

This weekend is Las Vegas is going to be an exciting one for the Miss USA Pageant. Gabrielle, along with fifty other girls, will be competing for the title of Miss USA. Lasvegassun.com claims each girl has got her eye on the Miss USA Diamond Nexus Crown, so there will be a tough decision to make this year. According to People Magazine, the crowning moment will happen live on NBC on June 16th and Gabrielle has her fingers crossed!

2. She Was Diagnosed With Cancer in October

Like with most people, to Gabrielle cancer came as a complete surprise. She says she will never forget the October morning it happened, and her whole life turned around. She told People Magazine:

Can you imagine that? She adds:

I was feeling weak, but that’s normal… I went to the doctor and had some blood work done to make sure I didn’t have mono. My blood count was high, so I was given some antibiotics. A week later it was still there. I had an ultrasound that came back abnormal. The next call was that I needed to come in for a biopsy.

Apparently doctors diagnosed her without hesitation, saying the cancer needed to be removed promptly. Meanwhile, she reports, she was supposed to be on stage and performing for her pageant very soon…

I felt sick and nauseous… But I didn’t want to quit.

That right there, ladies and gentlemen, is true dedication.

3. Gabrielle Went Through 2 Surgeries to Remove The Cancer

Before this stunning contestant moved on to Miss USA, People Magazine claims she attended a state pageant. However, getting there wasn’t as simple as she thought it would be. With cancer lurking over her shoulder the whole time, this is what Gabrielle had to say about her experience:

It’s been rough, honestly, the whole journey getting here. I went through two surgeries before my state pageant… It’s been up and down but I’m finding the positive at the end of the day.

4. She Had A Risky Surgery Just Two Weeks Before A Pageant

After being informed of her situation, Gabrielle told People Magazine she was determined to act quickly so she could continue to pursue her dreams. She wasn’t about to let something like a sickness get in the way of her success or determination. Like she set out to do, Gabrielle was up on stage and strutting her stuff less than weeks later. What a winner!

Despite the bad news, the surgery, and the dangerous nature of her goal given her circumstances, Gabrielle managed to pull through with flying colors. Not only did she undergo her medical procedure successfully, according to People Magazine she ending up winning the title of Miss Oregon USA. She, her family, and the rest of Oregon must have been so proud that day.

Tell all your friends about this story!

6. She Underwent Radiation in January

Even after Gabrielle‘s series of accomplishments despite dark circumstances, her battle with cancer continued. After winning her Miss Oregon title, the young beauty decided it would be a good idea to undergo radiation. With her friends, family and fans behind her the whole time, the pageant princess underwent preventative radiation for the first time beginning in January. In addition, not even hair loss fazes her. She told Oregonlive about her upcoming stage date:

I’ll be there on stage… I’ll just get a cute wig.

Her battle continues, but so does her determination!

7. Gabrielle Has a Positive Attitude

Life is too short, do what makes you happy! :D

According to Gabrielle, who has been through more than most people, you shouldn’t waste your life worrying over all the little things. She tells People Magazine:

It’s hard because you go through something like that and then you think of the little things in life and you realize they’re not really that big a deal, so don’t stress on it.

That’s some good advice, Gabrielle. This contestant has proven to be a strong girl with a good head on her shoulders.

8. She Embraces Her Battle Scars

Considers her scar her strength

Of course, with a pageant that’s all about beauty you would think Gabrielle is embarrassed or self-conscious of her surgery scars. Well, you thought wrong! On the contrary, she tells Oregonlive.com that instead, they build her up and keep her strong. She says:

It’s my strength… I see the scar whenever I look in the mirror. It reminds me of what I have gone through, and how important it is to never quit.

But, having kept her sense of humor all the while, she then she jokes:

You can hardly notice it. It’s like a fat roll on my neck.

Despite what Gabrielle may say, we all know it’s not a fat roll. But, through her experiences we can see there’s nothing more healing than a positive attitude, a load of confidence, and a jolly sense of humor. She proves that very well!

9. Things Are Looking Good For Gabrielle

It looks like all her optimism is paying off because just two weeks ago, Gabrielle found out her cancer is in remission. She was overjoyed once she found out, and said to Oregonlive.com:

The timing is perfect…

We agree, Gabrielle, and we’re happy for you. Maybe this was all just a test of patience and persistence. If it was then she definitely passed!

10. She Likes to Keep Healthy Habits

When the stress and the worries of life kick in, there’s nothing like a great workout! Gabrielle agrees… she even posted on Twitter that she has her own personal trainer to help her out.

Back at it! Kristen my awesome personal trainer @cascadeathleticclub showed me what's up this morning after my… http://t.co/lSt9dV5nNT

Nice! Plus, what better way to enjoy a workout than with the presence of a good friend?

Gym buddies of the day, Jessica Frith (DC) and Gabrielle Neilan (OR) http://t.co/WigzSkW4BJ

Working in my fitness ;) @cascadeathleticclub

Gabrielle’s fight with cancer has been tough on everyone, but with the amount of strength she’s shown us, nothing will stop her now. We wish you a full recovery, Gabrielle, and good luck in Vegas! 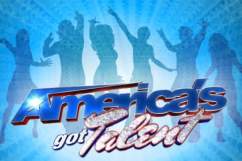 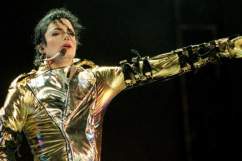 Share Tweet Email
Read More
Cancer, Celebrities, Inspirational, Medicine, Miss USA, Top 10
Despite her battle with Thyroid cancer, Gabrielle Neilan is determined to achieve her pageant dreams and will let nothing stand in her way.