Gustavo Garces, the name of the paparazzo whose memory card Justin Bieber ordered his lemmings to steal back on June 5, is filing a lawsuit against the star. Can’t say we didn’t see that one coming. And, TMZ.com reports, Garces’ attorney representative has recently presented Justin’s manager with a lovely letter telling him “we need the SIM card back.” Apparently, they will be needing that to provide further evidence in this case of Bieber-theft. Not to mention, the video of Justin telling the paparazzo, “I’m gonna give you your camera back. I’m gonna take your SIM card though” that went viral. Maybe Justin should have kept his mouth shut because, that video definitely won’t help his cause. But, what if Justin doesn’t have the card? TMZ.com claims the letter sent to Justin outlines some very few crucial conditions, one of them including “dire consequences” for any information that has been altered or damaged on the SIM card.

Show your friends this!

Click the link below to view the full document at TMZ.com!

Oops! Bieber did it again.

Let’s hope Justin can pull through this one somehow. It seems like the Biebs has been getting in trouble with the law and making headline news now more than ever before. Is he just going through some crazy teenage phase or is all this negative attention part of his newly entertained rebellion against fame? Earlier this week Justin did tell Twitter he was “done with being famous.” Could the star be burning his bridges intentionally? 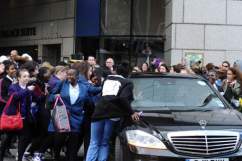 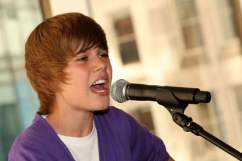 Tell all your friends!