Is the Paula Deen scandal having a greater effect on the country that we think? It was recently reported by Fox News that Sears, Kmart, and Walgreens have joined Caesars Palace and several others in dumping their relationships with Paula. The Huffington Post reports the companies will “phase out” all of Paula’s products. Their disassociation with her is based solely on all the media surrounding her racism scandal, and Paula is paying a big price for it … literally.

Yes, that is a total of 10 companies that have dropped Paula Deen since her racial slur scandal broke.

Share this if you think Paula has paid a big enough price!

So, will the rest of Deen’s companies and lines drop her or fail as well? According to Food Network Humor, Paula also had a furniture line called Paula Deen Home, a mattress line with Serta, designer paper products for Michael’s crafts, a Georgia beach rental property, a Kaleen Rug line, cookware, food products, a line of nuts with B Lloyd’s, and tons more.

Who’s next to jump ship?

Share this if you think Deen is in for a long road ahead! 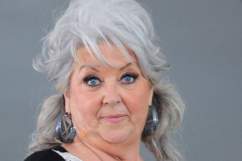 Paula Deen Canned by Meat Company Due to ‘Discriminatory Behavior’ 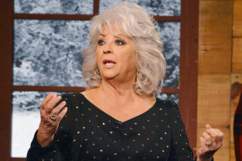 Paula Deen Ditched By Target: Can Her Old Body Survive This Stress?