According to Business Insider, Steve Wozniak is one of the very few people to meet the Kimye baby, named North West!

However, the reason for Wozniak’s visit was not only to help welcome little North aka “Nori” into the world, but he visited the new Kimye family by request of Kim Kardashian herself to help kickstart Kanye West’s dreams! Aww, how cute.

And Wozniak, partner to Steve Jobs who helped create Apple, was just the person to go to! Good job, Kim. Now Kanye finally has a chance to become the “Steve Jobs” he always wanted to be. Remember when Kanye said this?

In an interview with The New York Times, these were his exact words:

I think what Kanye West is going to mean is something similar to what Steve Jobs means. I am undoubtedly, you know, Steve of Internet, downtown, fashion, culture. Period. By a long jump. I honestly feel that because Steve has passed, you know, it’s like when Biggie passed and Jay-Z was allowed to become Jay-Z.

Kanye West wasn’t kidding when he said he wanted to be the next Steve Jobs! And Kim proved to be very supportive of his dream — even Wozniak thinks so.

Wozniak commented on the encounter to Piers Morgan Live, saying:

I have seen a lot of babies, and a baby represents the love between the people and that meant more to me and the love that Kim was showing to Kanye. Just because he was interested in technology and companies, she, as a birthday present, she had me come up there to meet him. Unbelievable that a woman would do that. I mean I just think she is doing everything she can to show her love to a man.

Check out the video below of Steve Wozniak revealing his experience meeting North West!

Meanwhile, Wozniak is working on a new project in his spare time!

According to Cult of Mac, Wozniak is the only one to get the vintage Apple I, the computer that started Apple Inc., to work again! Apparently, he used his talents in order to contribute this moment to The History San Jose Museum. He comments on the achievement, saying:

In personal computers, I think this is probably the most historic day ever. To have 5 Apple 1s on one table. I didn’t think of grabbing mine until just as I walked out the door. Hey — why not?

Congrats, Mr. Wozniak! Maybe Kanye can help you with your next big project… hey — why not? 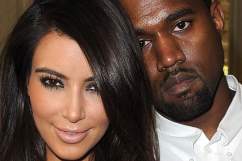 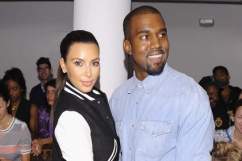