In 2010, the E! network premiered a new reality show called Pretty Wild. Without a recognizable famous face like the cable channel’s other offerings, this short-lived selection of “real-life” entertainment followed Alexis Neiers, who was one of the teens implicated in the “Bling Ring” case.

It was reported that the group stole around $3 million in merchandise from the homes of Paris Hilton, Rachel Bilson and other celebs. While the pilot was filmed a year before the arrests were made, the show was cancelled after 10 episodes. It was not well liked, so some critics thought this was a good thing. However, the Neiers family’s antics combined with the infamous Vanity Fair article provided some inspiration for a particular progeny of a legendary filmmaker.

Sofia Coppola’s The Bling Ring is a dramatization of these events. Coppola subtly shifts names around to prevent it from becoming a biopic (Emma Watson plays Neiers but her name is changed to Nicki). Coppola takes most of the material from Nancy Jo Sales investigation in order for the story to follow the kids from the first foray into breaking and entering right up to the tumultuous trial.

Emma Watson is one of the few recognizable faces as part of the main cast, but she does not overshadow the rest. The group has a nice chemistry going throughout the film despite how difficult is to feel pity after their actions. Coppola attempts to gain some audience sympathy by centering the story around Israel Broussard’s character Mark. He’s portrayed as a troubled kid seeking to fit in, as the director tries to make Mark the scapegoat. He was a poor soul who was easily manipulated, which is at least what the movie tries to tell you.

Share this with someone who's going to the movies this weekend.

Katie Chang and Claire Julien deserve some credit too. Chang plays the ringleader of the group as a cold and icy criminal mastermind while Julien acts as a hard-partying L.A. girl who offers some strong comic relief for the ridiculous situations this group takes part in.

Ultimately, the movie is a fun but terrifying experience as you witness some of the most shallow characters seen on the big screen this summer. Once it ends, audiences will have some mixed emotions. You won’t know whether to feel bad for the celebs who were victimized or for the the teens who were reckless enough to make these decisions all for the sake of being famous. Regardless, it’s a pretty wild ride getting there. 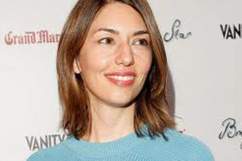 Sofia Coppola at Lincoln Center: Why You Need to See Her New Movie