Adapted from the 2006 bestseller, Brad Pitt’s World War Z arrives in theaters on June 21st. I was one of the lucky people to see an early preview a few weeks ago where Pitt himself surprised the audience. Thanks to tense action, believable dialogue and clever twists on old zombie and action movie cliches I guarantee that the most hardcore fans of the book will not be disappointed.

Zombies are everywhere. No not literally but we can’t seem to get enough of the walking undead. Brad Pitt’s newest epic had well-documented troubles but his new movie adds another installment of our love for an epic apocalypse.

I’m probably one of the minority who was not a big fan of the book but was pleaseantly surprised how the filmmakers cultivated a movie from the numerous “accounts” the novel contained. As the opening credits roll, audiences are barraged by various clues from around the world that something is wrong. Once the setup fades, we are introduced to Pitt’s retired U.N. investigator named Gerry and his family.

The major set pieces include Philadelphia, South Korea, Jerusalem and a top secret facility located in Wales. After barely escaping Philly with their lives, Pitt and family gets brought upon a navy ship housing important artifacts and people where is forcibly recruited into working with the government to figure out a cure. While containing the familiar looks, these zombies are roided up brain eaters who can easily demolish a country. Like the trailers show, they move in packs like wolves devouring and even working together to hunt down prey.

In terms of action, the invasion of Jerusalem has to be one of the best. Pitt’s investigator heads to the fortified nation which built a massive wall. The country ended up remaining one of the intact as Pitt and family watch from a navy ship as the world population begins to dwindle. Seeking answers, Gerry’s quest gets sidelined as swarms of the undead overtake the city. Audiences will get a chill as they see the creatures huddle up on top of each other and launch into an all out feeding frenzy upon the innocents seeking safety. Pitt along with an israeli solider hop on a plane to narrowly escape as the city burns to the ground. The action completely shifts when Pitt and crew arrive in a mysterious facility in Wales where the main characters are forced into a quiter but harrowing dilemna as they work to figure out how these creatures came to be.

Ultimately, what works is the action and the set pieces. Director Marc Forster needed to prove himself after the abysmal showing of Quantum of Solace and he does pretty well. He incorporates some familiar zombie rules (BEWARE LOUD NOISES) but does well when picking and choosing what stories to include so book fans may remember the South Korea and Jerusalem set pieces. Casting deserves credit too by having Pitt surrounded by some unknowns. Of course, everyone knows who Brad Pitt is but the by embedding him with some unrecognizable faces makes the global conflict seem more real as ordinary people work to solve it. The movie has alot of good scares that don’t come cheap and you’ll end up rooting for Pitt as he works to come out of this alive. The only minor flaw I thought was that there was barely any character development. We meet Pitt and his family within the first five minutes in traditional family breakfast scene but then thats it. The survival struggle begins and never lets up. While we want Gerry to succeed, it could help just a little more if they explained his background to show how he can handle this issue. Get your popcorn ready cause this is going to be one of the best date movies/horror flicks/action epic’s that you’ll see. 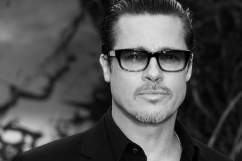 We want to know what movies you’re excited about seeing this summer.