Recent reports claim that one of Amanda Bynes’ close friends, Ana Rivera, says the troubled star was drugged with the date rape drug GHB sometime in February. The last time Ana claims to have seen Amanda, according to Radar Online, was in November.

Since then, she received text messages from the star describing the alleged drugging incident. In the texts, Amanda allegedly claims she was attempting to do coke with a guy she just met. However, after she took the drugs she thought were coke, she apparently “felt like she was going to die” and was sent to the hospital. 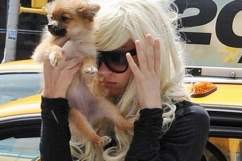 Do you think Ana is telling the truth about Amanda?