For a while now, Bobbi Kristina Brown, daughter to the late Whitney Houston, has been getting hate in regards to her relationship with Nick Gordon, who is considered family by the Houston clan. This is because he was always thought of as a brother to Bobbi Kris.

Woke up with @REALbkBrown right in front of me this morning, it got me though because she looks like mom more and more everyday:)

Hence, fans and even family members have had problems with the idea of them dating. Nonetheless, the couple is happy, now officially engaged, and on their way to getting married. Check out our 5 Fast Facts on what Whitney would think, Bobbi Kris’ Facebook Rant about it all, and the rest of the details on the couple’s relationship.

1. This is Not the First Time the Couple Has Been Engaged

Check out this video of Bobbi Kristina discussing their first engagement on her reality show this past year.

2. Bobbi Kris Announced the Engagement in a Facebook Rant

Bobbi Kris has taken a lot of heat in the past for her on-again-off-again relationship with alleged brother Nick. So, instead of sending out a pleasant post about her engagement, she immediately got on the defense. Can we really blame her though?

On the other hand, plenty of fans support the pair in their love.

3. The Lovebirds Have Matching Tattoos Dedicated to Whitney

We assume the matching wrist tats are in reference to the date Whitney Houston died, February 11, 2012. The number month is 2 (February); if you add the day’s digits together they equal two (11), and the last digit in the year is 2 (2012). You do the math.

In any event, these tattoos are in memory of their mommy Whitney, who they loved very much … especially Bobbi Kris.

From bling to technology, this boy knows how to please his woman … perhaps since he’s known her for so long. Whatever the case, what girl doesn’t like amazing gifts from her beau?

5. Their Rocky Relationship Was Shown on Reality TV

The reality show The Houstons: On Our Own debuted this past October. The show covered Bobbi Kristina Brown dealing with the death of her mother, her drinking, family issues, and her struggles with boyfriend (now fiance) Nick Gordon. In this preview of the series, compliments of Sunrise TV, it shows some of the turmoil in their relationship. Nick hits on another girl and wants out of the relationship.

We wish the best for the happy couple and know that Mama Houston is watching over them, especially her beloved daughter Bobbi Kristina. 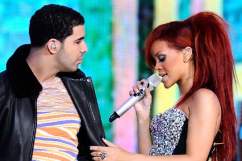 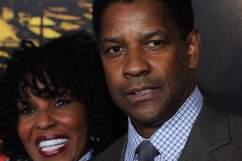