In sad news, it’s unfortunate to report that Pierce Brosnan’s daughter Charlotte has passed away after battling ovarian cancer. Our hearts go out to Brosnan and his family during this difficult time. Have a look at some facts surrounding Charlotte’s fight against the disease, Hollywood’s response, as well as the woman she was.

1. Charlotte Was Her Daughter’s Hero

Daughter Isabella (Bella) sings her mothers praises all over her facebook in photos such as these. You can see how much Bella looks up to her mother Charlotte and how much her mother means to her as she goes on and on about how gorgeous she thinks her mother is.

2. Her Mother Cassandra Died of the Same Disease

In 1991, Charlotte’s mother Cassandra also died of ovarian cancer at the age of 50. Now Brosnan has lost both his wife and daughter to the horrible disease.

When Aussie actress Cassandra met Brosnan, she had two children from a previous marriage. Brosnan later adopted Charlotte and Chris once their biological father had died.

At a young age of 41, Charlotte died in London last week, surrounded by her husband Alex, her brothers Christopher and Sean, as well as her children. Her daughter Isabella is 14 while her son Lucas is just 8 years old.

4. Celebrities are Showing Their Support to Brosnan

My heart goes out to Pierce Brosnan & his family..so devastating

Been informed my friend Pierce Brosnan lost his daughter to an illness – my prayers and love go out to him and his family.

Our hearts go out to Pierce Brosnan and his family as well.

5. Pierce Brosnan is Devastated by the Loss of His Daughter

According to Brosnan, his daughter fought the disease with “grace and humanity, courage and dignity”. Brosnan also told the People:

Our hearts are heavy with the loss of our beautiful dear girl. 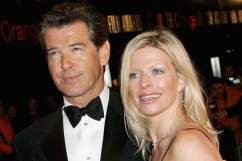 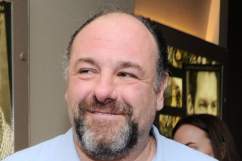