Quarterback Donovan McNabb has officially retired from his 11-year football career with the Philadephia Eagles… Do you think he made the right decision?

Special weekend for my me. Look forward to seeing my former teammates and the current eagles. True eagles fans come out and join#bleedgreen

NFL.com reports, perhaps a record of 91 regular-season games and nine playoff games will leave his fans at peace with his choice. He’s definitely made some spectacular achievements during the time he had. But, that doesn’t mean we won’t miss him. To find out more about what happened below check out fast-fact the list below:

1. Donovan McNabb Declared His Official Resignation From The Eagles Today

During a press conference McNabb held at the NovaCare Complex this morning with team owner Jeffrey Lurie, McNabb made his final words as an eagle. It wasn’t easy for him to make the decision, he said. But, he knew what he had to do. According to the Washington Post, these were his exact words:

You just have a feel. But it’s a tough decision. When you come around to it you have to be confident in your decision because you don’t want to waver. Once you waver, then it becomes a problem.

2. McNabb’s Number Will Be Retired

Another gathering will occur on September 19, during which McNabb’s jersey number will be ceremoniously retired along with his career. It looks like number 5 has seen the end of it’s football playing days.

According to the Philly.com, Eagles owner Jeff Lurie said this when he took the podium:

It’s rare to retire a number, but it’s richly deserved.

And, we all know Mcnabb does. 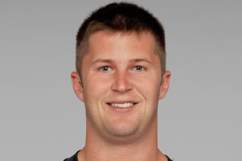 3. McNabbs Lived Out His Dreams

After he officially retired, McNabb took to Twitter to tell fans how he really felt about it:

Congrats all around, McNabb, you will be remembered by many!

4.McNabb Doesn’t Want To Be a “Stop-and-Shop” Guy

When asked to reveal the details behind his decision to retire, McNabb told the world:

I think when you’ve played this game for so long, you’ve just got to know when to say when…

He said this referring to the end of his days as a Philly Eagle.

We can’t argue with that, can we?

5. He Sends a Message To His Fans

.@donovanjmcnabb: To the fans, I truly love you. I gave everything I had.

In a brief but meaningful message to all his fans, McNabb tweeted this … That’s why we love him!

Pass this on if you will miss Donovan McNabb.

Share Tweet Email
Read More
Celebrities, Eagles, Football, Philadelphia, Twitter
Donovcan McNabb announced his official retirement from the Philadelphia Eagles this morning during a conference, revealing why he thought it was his time.