According to Jhonni Blaze, Baltimore Ravens’ Bernard Pierce is a player both on and off the field. To boot, he’s allegedly threatened to kill Blaze’s unborn child via text messages she leaked online. So, what’s the deal here? Find out the juicy details along with who Jhonni Blaze really is in our 5 Fast Facts.

1. Miss Blaze is a Stripper & a Good One at That

Jhonni Blaze refers to herself as the Queen of Houston. She is also all about posting seriously racy photos of herself.

Check out that dough!

2. Jhonni Blaze is Definitely on the Defense

Don't come for me unless I send for you !!

She’s on the defense all right … and we’re not talking about football here. After receiving some hate tweets, Jhonni Blaze has a lot to say on Twitter.

I refuse to do something so I get violated huh ? Cool

3. The Alleged Tweets are Online

Now you explain I don't need to no more now I don't look like the bad guy @BPierce_30 pic.twitter.com/KNvlTN0y4O

Apparently, the alleged tweets have found a home with MediaTakeout and they are pretty awful. Take a look.

4. Jhonni Has a Thing for Superheroes

The girl seems to definitely have a thing for superheroes … especially when it comes to her body.

Apparently, Blaze is a hip hop singer and she sings live. Not to mention, she’s presently in and out of the studio recording music as often as she can.

“@JHONNIBLAZE: Body my party https://t.co/w5cKOCAJVa” you have a lovely voice 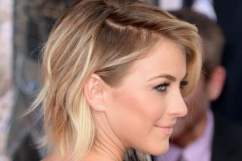 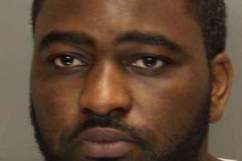