“Big Bang Theory’s” sitcom maven Kaley Cuoco is said to be dating “Superman’s” Man of Steel Henry Cavill. Who’s jealous? … And which one are you jealous of? Here are the 5 Fast Facts on what the deal is, why the two are linked, and Cuoco’s affinity for Cavill.

1. Kaley Cuoco Bows Down to the Man of Steel

Everyone go see "man of steel". It's fantastic in every single way. pic.twitter.com/8MHv41zrQS

Well, more like she sits down, but still. It sure doesn’t look like Cuoco finds Superman hot at all as she sits on the floor staring up at her new man with her mouth gaping open.

If you or someone you know has a thing for the man in tights, share it!

2. Cuoco’s Past Relationships Were Kept Secret

According to Best Entertainment, when Cuoco had dated her co-star Johnny Galecki for two years it was kept completely secret.

It was a wonderful relationship but we never spoke a word about it and never went anywhere together.

Nonetheless, Cuoco reveals that it may have been their need to keep things secret that led to the demise of the relationship. Will Cuoco make the same mistake with Cavill? Hmm …

A source tells omg! that:

They both tend to keep their relationships very low profile, I’m sure this won’t be any different while they get to know each other.

Uh oh. Hopefully, if these two make a real relationship out of this, they learn from their past relationships.

3. Both Actors are Linked to a Fifty Shades of Grey Film

Fans Share reports that almost every actor in Hollywood has been linked to playing Christian Grey, but Cavill seems to be the fan favorite. As far as the role of Kate Kavanagh, Kaley Cuoco has been mentioned several times. Could this all just be a bunch of fiction tying the pair together?

Share this if you're a fan of the Big Bang Theory!

5. Most Fans are in Support of the Relationship

If the rumors are true, then fans of the two will be very happy. Maybe Cuoco will show Cavill her “Big Bang Theory”… Sorry, but I had to…

And now that Penny is dating Superman, has anyone bothered to tell Sheldon? #BigBangTheory http://t.co/3kYr7HuA0D

If you hope the rumors are true, share it! 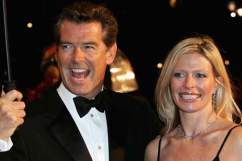 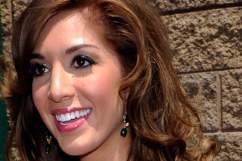