Kim Kardashian and Kanye West are turning out to be surprisingly good parents to little Nori West.

The New York Post reports the couple were recently offered $3 million by an Australian magazine for baby pics of North. But, to America’s surprise — they turned it down! Way to go, Kimye.

An insider also told US Weekly that “Kanye’s been adamant about not having the baby on Keeping Up with the Kardashians.” Is he for real? The source added:

He was serious when he said North isn’t America’s baby in his Times interview, so he may not do anything.

Seems like daddy knows what’s in his daughter’s best interest.

Share this if you think Kimye did the right thing!

Plus, Global Grind reveals Kanye has a nickname for his daughter other than “Nori.”

AWW!! Kanye reveals what he calls his new baby http://t.co/NH2dzptCTS

According to the source he calls little North his “gift.” After all, she did arrive only one day before Father’s Day. Daddy is apparently extremely protective of his little girl, too, sources tell the Post. An inside source says this about Kanye, who apparently can’t get enough daddy-daughter time:

Kim told him it was good to get out! He couldn’t wait to get back. North is all they talk about.

Well, we’re glad to hear Kim and Kanye are so protective of their little “gift.” But … all the while we’re secretly hoping someone throws the celebrity parents a bribe big enough to reveal the new addition’s face! 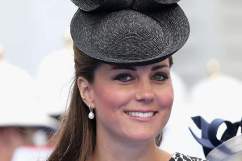 Kate Middleton in Labor?: Top 10 Facts You Need to Know 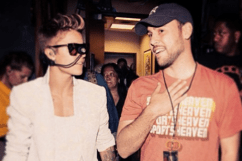 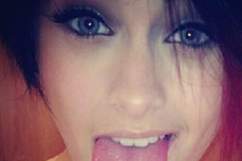