Are Kris and Bruce Jenner headed for a divorce? http://t.co/eUgamHlMpa

It seems like Kris Jenner and Bruce Jenner may have been battling some differences in their marriage for quite some time now. And, the worst part is the two of them don’t even see eye-to-eye when it comes to finding a quick solution. Problems between the couple arose early on, and have apparently been burdening them for years. Bruce, on the one hand, wants to do everything he can to save the marriage, reports say. A source close to the couple told Radar:

He wanted to go to marriage counseling with Kris several months ago. The marriage has been in trouble for a very long time, and had only continued to go downhill. Bruce and Kris have become more like roommates, and there is just no romance in the relationship…

But, Kris on the other hand is in no rush to make changes. According to the source:

Kris refused to go because she didn’t think anything was wrong and was happy with the status quo. She felt that it would just be a waste of time. This was one of the main reasons why Bruce got his own rental house in Malibu. If she didn’t want to work at the relationship, why should Bruce.

What will happen to the Kardashian family now? Bruce will probably take some time off… and, Kris will just keep doing what she does best, being a Momager.

Meanwhile, Kris will have to keep herself busy with new baby “Nori” while Bruce is gone. People.com reports Kris saying the baby is a “combo” between the two of her parents, the lovely Kim Kardashian and Kanye West. The new grandma also said:

She’s just great, but she’s only a little over a week old, so she’s getting adjusted… She’s great! She’s beautiful, and amazing, happy and healthy.

Someone sounds excited for the little one! And, so are we. But — we’re still curious about the “unique” (for lack of a better word) name choice Kim and Kanye chose. Good thing Kris had something to say about that too… she came on The View Tuesday to clear the air, saying:

North means highest power and she says that North is their highest point together… Isn’t that cool?

That actually does sound pretty cool. Maybe Kimye did something right! 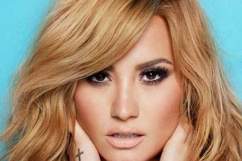 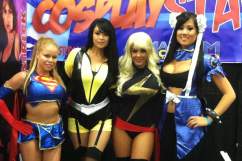