It was recently discovered that Khloe Kardashian’s NBA pro husband Lamar Odom might be cheating on her with 29-year-old Jennifer Richardson… But, who is this woman really? Find out below!

1. Jennifer Says, Lamar was “More Than A One Night Stand”

Is the alleged mistress just another kook? Or, does she have actual proof that what she says really happened? According to Jennifer, she has all the proof she needs:

A report by GossipFreak claims alleged mistress Jennifer Richardson recently had an exclusive video interview with Star Magazine, revealing all the dirty details of her alleged relationship with Lamar. And, in the interview she said Lamar was “more than just a one night stand.”

Wow, that sounds like true love. Can we really argue with that? *cough*

3. Jennifer Can “Prove” Her Relationship With Lamar Really Happened

So, is there proof?

Jennifer Richardson Claims to Have Proof of Lamar Odom Affair – According to a new tabloid… http://t.co/iLg4rLApFF #KhloeKardashian

GossipFreak reports, Richardson claims she has the ticket stubs from two airlines tickets that her and Lamar purchased during their alleged fling… Sounds iffy. Should we believe the blabber-mouth diva or should we stand our ground until we see the tickets with our own eyes? Hand ’em over, Richardson! 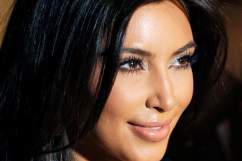 Kim Kardashian & Kris Jenner Done With “Keeping Up With The Kardashians”?

Only a polite, decent mistress would send a public apology to the woman married to the man she is alledgedly having an affair with…

WTF RT @DominiqueMoxey: Lamar Odom’s Mistress Apologizes To Khloe, "Get a Divorce, I’m Not The Only Woman!" http://t.co/O4gKPjwOev

I’m sorry. Lamar led me to believe his marriage was just a business arrangement.

I can tell Khloe that I’m not the only woman; there have been many. I just happened to be around the longest.

An apology wasn’t all Richardson had to say to Khloe… She had the nerve to add:

My advice for Khloe would be to get a divorce. He’s not going to change for anybody, not even for you.

Rawr! Either this girl had a serious agenda on her mind or she’s really watching out for our dear Kardashian sister… What do you think?

At the very end of her interview, Jennifer plays the “nice” mistress, and has a seemingly brutally honest moment of truth about wife Khloe, saying:

I think the reason that Khloe is in such denial and doesn’t really want to admit to what she knows or she feels — because every woman has intuition, so you feel it — you know when your man is not with you anymore… I think that she’s doing it because she doesn’t want to be the not-so-perfect sister. For her to have that perfect NBA marriage, reality TV marriage, fairytale fall-in-love-in-30-days story…

What does Khloe have to say about all this?

Is this the end for Khloe and Lamar? Or, is this chick a total media-seeking weirdo! Let’s see what fans think on Twitter:

you decide if she's a whack job…. i know my opinion :P http://t.co/jeTHaEZr2Y

Check out Richardson’s confession below taken from Star!