After the death of Glee star Cory Monteith, his girlfriend and co-star Lea Michele is taking complete control over the funeral arrangements, reports TMZ.

Sources close to both Monteith and Michele say the 26-year-old actress immediately took over planning his memorial and that Monteith’s family isn’t involved at all.

“She’s been talking with Cory’s family the entire time and wants to plan the whole funeral,” a source said.

Sources are saying it’s not surprising that Michele has his back in death because she closely looked after her boyfriend while he was alive, too. Michele tried to protect Monteith against substance abuse as much as she could and did everything she could to prevent him from relapsing. When he relapsed earlier this year, she was the one who took control and led him into rehab. 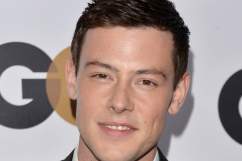 Michelle’s rep provided additional insight into how the grieving actress is coping:

Lea is deeply grateful for all the love and support she’s received from family, friends, and fans. Since Cory’s passing, Lea has been grieving alongside his family and making appropriate arrangements with them. They are supporting each other as they endure this profound loss together. We continue to ask the media to respect the privacy of Lea and Cory’s family. 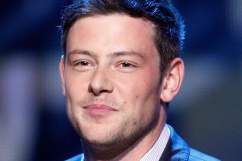