Everyone has been praying for Nelson Mandela and celebrities across the nation have been sending out love as well. Take a look at the Top 20 Celebrity Tweets on behalf of Mandela.

i wonder if #nelsonmandela ever thought he would be next to #carmenelectra stories on @huffpost perhaps it's soothing.

Nelson Mandela….one of the most incredible men to ever walk this earth!!! Sending prayers up to the Heavens for you! #AngelOnEarth

Prayers And The Blessings Of God Onto Mr. Nelson Mandela.

"A good head and a good heart are always a formidable combination." #nelsonmandela

Praying for #NelsonMandela right now. Doesn't look good at this hour. God be with him and his family.

Mr. Nelson Mandela, We herald your courage, grace and compassion. Thank you. Get well soon.

For to be free is not merely to cast off one's chains, but to live in a way that respects and enhances the freedom of others. Nelson Mandela

For all who know the WORD of prayer…please offer yours for the health & strength of #NelsonMandela. http://t.co/0IrrYBAa61 #Madiba

I'm saying a prayer for Nelson Mandela tonight. The greatest of the great.

"What counts in life is not the mere fact that we have lived. It is what difference we have made in the lives of others." – Nelson Mandela

I am re-reading Nelson Mandela's Long Walk To Freedom. Such an extraordinary life.

What a great example Nelson Mandela has been ! The world owes him a lot ! Love Diane

"I learned that courage was not the absence of fear, but the triumph over it." – Nelson Mandela #BeEpic

My prayers and thoughts are with Nelson Mandela and his family! A Strong and wonderful human being! xoxo 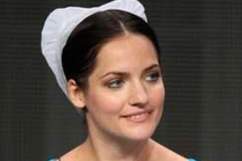 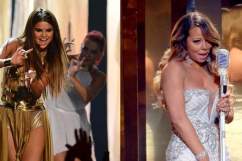