It’s finally Paula Deen’s turn to do the dropping as she cuts ties with her agent of many years, Barry Weiner. In Paula’s 2007 memoir , Paula Deen: It Ain’t All About the Cookin’, she touched on her relationship with him, saying:

My agent, Barry Weiner, is the closest thing I’ve had to a father since my real father died; he’s always there for cheerleading and wise words. I love you, Barry Cuda — you’re my hero.

So… what exactly happened? Apparently, Paula’s racism scandal got the best of her. And, although her new spokesperson, Elana Weiss-Rose, does not specify what exactly ended the ties between Paula and her “beloved” agent, she has decided that it is the right thing to do at this time. According to TMZ the family sends their thanks to Mr. Weiner, for his “tireless effort and dedication over the many years.”

On the other hand, things are looking a tad bit brighter for Paula as QVC comes to her rescue.

#HOARecap: Wow! Paula Deen to Be Dropped from QVC! http://t.co/pDw5STzlhW

According to US Magazine, QVC is still “taking a pause” from the cooking star, but — acknowledges that people do deserve second changes. So far, more than 10 companies have dropped their association with Paula in reaction to her scandal — even Deen’s publisher cancelled her next book publication. Meanwhile, according to US Magazine, the network president and CEO of QVC says this:

We too are troubled by what Paula has acknowledged saying. We’re also troubled by the allegations against her. We deeply believe, as you do, that everyone deserves to be treated with dignity and respect… Together we have considered what is best for our customers, for Paula, and for QVC. For now, we have decided to take a pause. 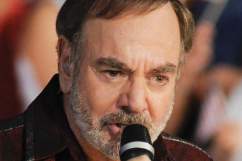 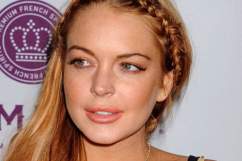 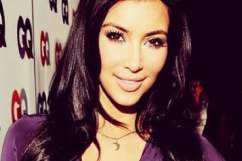