With San Diego Comic Con in full swing, new comic book announcements and information have hit an annual high, with all the major companies saving their big announcements for the largest annual comic book convention in the world.

To help you sort through all the madness that is San Diego Comic Con, here’s the top comic book news from all the major comic book publishers, ranging from juggernauts Marvel Comics and DC Comics, to smaller fare such as Image Comics, IDW Publishing and Dark Horse Comics.

Comics Companies To Look Out For 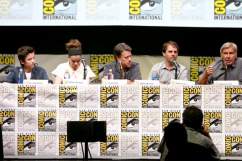 Marvel’s House of Ideas panel focused on the digital comics space, and promoted their Infinite Comics line. Marvel is looking to expand their digital comics line, with new Iron Man and Wolverine weekly series that will take place in the main Marvel continuity. The Iron Man series will be written by current Iron Man writer Keiron Gillen, and will pick up on threads of his monthly print series while leaving it open to new readers. Additionally, Marvel is looking to expand their original online content, and announced a new online show called ‘Earth’s Mightiest Show’ hosted by former G4 host Blair Butler.

Featuring creative powerhouses such as Jeff Lemiere, Geoff Johns, Gail Simone and Adam Hughes, this panel talked about what’s in store for DC Comics, most notably the upcoming event Trinity War, which pits the Justice League, the Justice League of America, and the Justice League Dark against each other in a three-way war. Geoff Johns also detailed the current Aquaman ‘Death of a King‘ storyline, and made the bold claim that Aquaman would beat Sharknado in a one-on-one brawl.

TMNT Co-Creator Kevin Eastman and IDW editors Bobby Curnow and Tom Waltz detailed the current TMNT comic book event ‘City Fall.’ In the event, straight-man (or turtle) Leonardo falls under the corrupting influence of archenemy Shredder and joins the Foot Clan. The event talked about the implications of Leonardo’s fall, as well as the future of the TMNT comic franchise.

Dark Horse Comics’ panel was far more than standard fare, with a panel that emphasized their differentiation from Marvel and DC. Dark Horse announced a new series called Buzzkill, written by Donny Cates and Toadies drummer Mark Reznieck, where the title character gains his powers and abilities from drugs and alcohol. As a result of his addiction, he blacks out and accidentally kills thousands of people, so the hero attempts to drop his powers and get clean, only to be harassed by supervillians. The company is also reviving a number of old nineties character, and detailed their future plans for the revival of their superhero line.

Check back for Day 2 news! 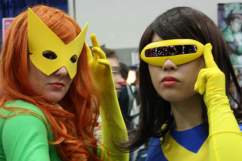 Check back for Day 3 news! 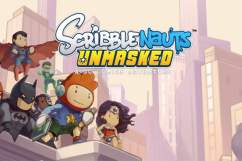 Check back for day 4 news! 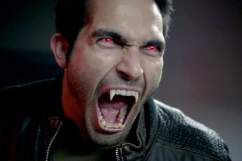